This got me thinking:

…Facebook users tended to choose and share stories containing messages they accept, and to neglect those they reject. If a story fits with what people already believe, they are far more likely to be interested in it and thus to spread it.

So, I thought about it.

Consistent with the idea of confirmation bias, I do think I probably read a lot of things I am likely to agree with and then believe those things. But when I read things I don’t agree with, I often end up changing my mind to believe those things too. In general, I end up believing a really high fraction of everything I read regardless of whether I start off believing it or not. It’s really easy to convince me.

It has occurred to me that the explanation for this favored by Occam’s Razor is that I am just incredibly stupid.

But maybe that’s understandable. If I were to play each member of the Western Conference All Star Team in succession, they could all probably convince me that they were the best player ever even though they can’t all be. It would be understandable that I might not be able to differentiate between the best and “worst” players among such an elite set. They would all be unimaginably good.

The Supreme Court is even more selective. Each is a dedicated professional arguer at the top of their field. And they spend a good chunk of the year sharpening themselves against one another. It makes sense that I as a reader would be hopelessly outclassed.

But I don’t just have this problem with Supreme Court justices.

I finally saw Star Wars VII over the holiday break, and it didn’t quite have the impact on me that it seemed to on others here who were celebrating Star Wars-apalooza. The most I could muster out would be agreement with James K:

They did not screw it up.

It had been decades since I saw the original series. I remember the characters, but the associated feelings had long since attenuated. I can’t complain about the plot being recycled because the plot was new to me. I didn’t even remember that IV was the Death Star movie. Star Wars VII seemed to be well-executed, but ultimately not moving. I got the feeling that the emotional bits everyone else got were due to callbacks to other things these characters had done in prior movies rather than set up in the movie I was seeing. 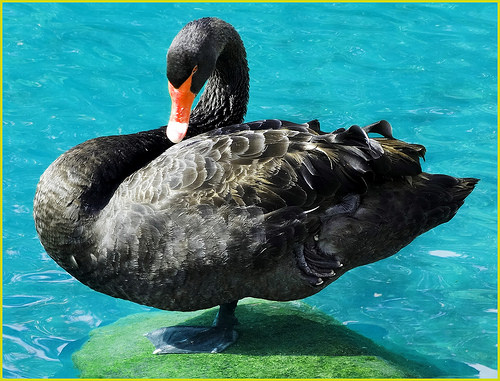 But I wanted to see if there was a better explanation for this dissatisfaction. And I found it here and here. These criticisms made sense to me, and I was happy to have what I thought were my feelings better explained to me.

And then I saw this post by someone who liked the movie. This writer clearly enjoyed it more than I did, and he can’t make me go back and like it more than I did, but I at least now feel silly for swallowing the first two critical reviews I read so uncritically.

You don’t need to be a Supreme Court Justice to play tennis with my opinions. 1

What does this all mean for confirmation bias?

If my mind is a typical one (ha), then confirmation bias may be more of a symptom of the real problem of believing everything you read. Maybe we seek out confirming evidence because we just want to avoid constant whiplash. Confirmation bias might be an adaptation to a world in which it’s easy for anyone to sound convincing whether they actually are or not..