A Tragedy with Many Fathers 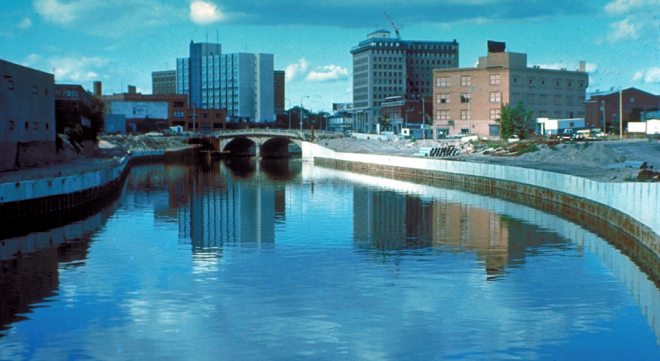 Writer’s note: Before going into the article, a few notes.  First, I no longer live in Flint, but in Minneapolis.  That said, my parents lived there until recently and I still have relatives in my hometown.  Second, being one of the resident conservatives, it should be stated that I am biased when it comes to Michigan Governor Rick Snyder.  I’ve seen him as a pragmatic leader and not an idealogue, conservative but willing to work across party lines.

It always seems that when my hometown of Flint makes the national news, it’s never good.  And in this case it wasn’t good news.  Around the nation, folks learned about the lead that had made its way into the Flint water supply.  For a city that has had a rough going for several years, this was yet another black eye for a once proud and prosperous city. The uproar of having contaminated water is understandable.  No one wants something that could affect the development of children in their water supply.  But what is interesting is the telling of the story.  While I do think the state of Michigan has some of the blame, activists, local and state leaders and citizens tend to think the state and the governor are the true villains.

The reason people feel that way is because of a law: the Emergency Manager Law.  A version of it called Public Act 72 was made law in 1990 and a revised version called Public Act 4 was made law in 2011. Michigan voters repealed this version in 2012 (which then reinstated the old PA 72) and a subsequent law 436 was passed in 2012. The Michigan Department of Treasury has a good description of the law, but a fact sheet from the Michigan State University Extension sums it up perfectly:

If an EM is appointed, this person is authorized to act for and in place of the local governing body and administrative officer of the community. The governing body only retains any powers authorized by the EM. The EM has broad powers to resolve the financial crisis and insure the fiscal accountability of the community to provide services for the health, safety and welfare of its residents.

Because of its ability to sideline local leaders during a financial emergency, this has caused a lot of opposition from various sectors in the state and nationally. It doesn’t help that for a certain period the cities under an EM were majority African American cities. I personally don’t think that was intended, but it is there. It was probably one of the reasons that Governor Snyder waited a bit before putting Detroit under an EM in 2013.

So, you have a law that temporarily sidelines local leaders being used by a white Republican governor on a majority African American city. Yeah, the optics are bad and the combination was a volatile mix ready to explode and it did in Flint.

So, did Governor Snyder poison children?  Is the EM law the reason we have this mess?

The media and others seem to place the blame there.  My own answer is: I’m not sure.  The decisions leading up to the City of Flint using the Flint River as a main water source are not as clear as some would believe.  My own look at the timeline tells me that there there were a number of steps along the way that led to the final decision and at each point someone did something that led us down this road.

A number of media outlets have said something to the effect, that the Governor put the city on Flint River water to save money.

That statement contains two issues that need to be unpacked.  The first is, why would the city need to save money?  The second question is why was the Flint River chosen as a water source?

The reason the city needed to save money is because in 2011, the state declared a financial emergency in Flint.  An emergency manager was appointed by the governor to right Flint’s economic ship for the second time in a decade. (Flint was under an emergency financial manager from 2002-04.)

Flint has been an economic basket case for some time.  Some of this is because of the loss of tax revenue; the closure of GM plants and the loss of population meant less in the city’s coffers.  Also, the people who were left were more than likely to be low income, so again not a big chance for revenue.  The other problem is internal.  Flint had started losing auto jobs in the 80s and they didn’t really plan for the day when the auto industry would not be such a major player.  The other problem is that a lot of the functions covered by the city were very inefficient.  This 2011 study by Michigan State University explains this rather clearly.

(The conservative Mackinac Center noted that the city dealt with rising employee costs in the late Aughts, even as revenue was slowing down.  I’m always a bit wary of providing info from partisan groups, so I only add with this disclaimer.)

So, the Emergency Manager comes in to try to get Flint’s spending under control.  This meant looking for places where money could be saved.  The most obvious was the water service.

For as long as I can remember, Flint has gotten its water from the Detroit Water and Sewage Department. Detroit has charged Flint fairly expensive prices for the service.  Now that is not a big deal when the coffers are full, but it is a challenge when the piggy bank is empty. I remember my parents telling me how much they paid monthly and it was much, much more than what my husband and I pay here in Minneapolis.  So, it made sense to look for a way to get water cheaply.

This is where most of the media get it wrong.  Usually the story goes that the city went to using the Flint River because it was cheaper than Detroit.  It sounds like the Emergency Manager or the Governor just decided to use the river water.  But that misses a step.  The Flint River was not the first choice.  The Emergency Manager did meet with the State Treasury and the river was talked about as a possible water source, but there was also talk of joining a brand new water authority called the Karagondi Water Authority.  In April of 2014, the EM, with the symbolic approval of the Flint City Council, moved to join this new body which would draw water from Lake Huron.  The pipeline was being built and was slated to go online in 2016.  The day after the City Council vote, Detroit Water said it would end its contract with Flint in one year.  So Flint was set to join a new water authority that would draw water from Lake Huron and the next day, Detroit says they only have one more year on their contract.  This meant that there was going to be a question of what to do in that intervening year.  Michigan Radio says Detroit didn’t cut Flint off, and that is somewhat correct, but it is also a bit odd the day after a decision has been made to join a new water authority that Detroit would conveniently tell Flint its contract ended not in 2016, but in 2015 when the pipeline was not yet finished.

Now, at this point, Flint should have worked harder to secure a better deal with Detroit.  But the fact remains that Flint was put in a tough spot.  THIS is when the fateful decision to use Flint River water was made.  The Flint River wasn’t the first choice, it was the backup choice.

Was this a good decision?  Probably not.  Anyone who lived in Flint knew that the river was suspect because of all the auto plants that probably leached chemicals into the river.  But it is important to know that this was a decision made when one option seemingly closed.

I’m not going to go into the whole drama concerning the Michigan Department for Environmental Quality: I don’t feel comfortable wading into the science and don’t want to lead people astray.

The Water Crisis is not simply about some evil, racist Republican that didn’t care about poisoning children.  The Governor does bear some responsibility, that I won’t deny.  But the decision to use the river water was the result of smaller choices, not one master plan.

The fallout from the Water Crisis continues.  Flint was switched back to Detroit water in October.  But the problem of lead is still an issue because of poor chemical control which ate away at the protective scales in the lead pipes. The current mayor of Flint, Karen Weaver, issued a state of emergency which garnered national attention. A report from a committee appointed by Governor Snyder came out in late December which blamed the MDEQ for its lax handling of the issue.  The Governor apologized to the citizens of Flint and will meet with Mayor Weaver to discuss how to continue to help Flint.

It’s easy to point the finger at one party.  But the water emergency was the result a lot of different actions.  None of this means that no one is responsible.  The state in the form of MDEQ is responsible.  But this is the sad result of a declining industrial city with low tax revenue, a state bureaucracy that was too dismissive of the people it is supposed to serve, and outside governmental bodies that put the city in a hard position.

A lot of small mistakes led up to this disaster.  It will take a lot of virtuous moves to help my hometown recover from this latest arrow of misfortune.

[Images:  Water drop and Flint River in Flint, Michigan, both via Wiki Commons.]