Who Will Win the Driverless Car War? 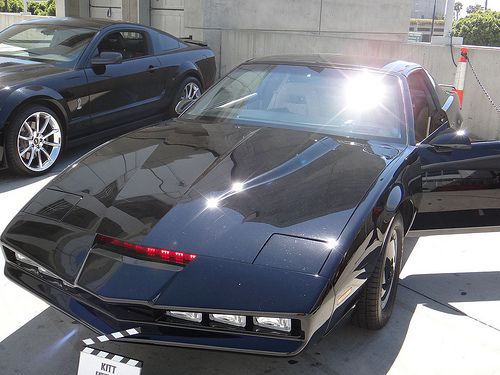 [Content note: This post is wholly speculative. I don’t own shares in any of the companies mentioned.]

What do you mean?

Everyone is trying to make one!

Oh, that. Well, you do know that in the early years there were literally hundreds of car manufacturers based in the US, and now there are two main ones?

I’m not talking about the boring companies.

Carnegie Mellon had some interesting stuff going on too until they entered into a “partnership” with Uber that resulted in Uber hiring away all of CMU’s relevant researchers.

They do, But they are also working on a car for the next sea change, which they believe to be autonomous driving.

What is actually going to be the next “sea change”?

What about just having a nice infotainment system? Wouldn’t that itself be enough?

I think it’s reasonable to consider a “sea change” to have occurred when a significant number of existing companies in the industry aren’t able to survive the change.

It’s possible that Apple doesn’t care about autonomous driving and really just wants to build a car with a nice infotainment system. I don’t think that’s likely though, and it probably wouldn’t result in what I am defining as a “sea change”. If you want a car with a usable infotainment system, you can get one today. Buy a 2016 Honda Accord. It outsources everything to your smartphone via Apple CarPlay or Android Auto.

What about technical problems?

I keep hearing on Twitter that autonomous driving will be here in 15 years. But you should generally be dubious of any estimate someone in IT gives you. Quintuple this doubt if the unit of measure provided is years. I think the 15-year estimate is at least a tacit admission that this is a really hard problem. And it isn’t totally clear that everyone has considered every dimension of the problem.

Can these other companies actually build a car?

The real question is at what price can a Silicon Valley company build a car. The auto industry doesn’t have many new entrants in large part because the way to success (for anyone who isn’t a specialty manufacturer) is market share. Developing a platform costs billions. Building a plant and buying machinery for that platform costs billions. The only way to get that investment to pay off is to sell a ton of cars and spread those costs across all of them.

Building a car isn’t an impossible engineering task. Building a new nameplate that can sell in volume almost immediately is a Herculean business task. But it’s one that Google, Uber, Tesla, or Apple could probably pull off if they ever get around to developing the right product.

What is the right product?

The dream is a car that drives safely unattended.

Who’s in the best position to solve this problem?

To answer that question, we need to know what are the fundamental skills most important to building the next generation car.

If mapping ends up being the most important thing, Google would hold the advantage. Additionally, Google has been running its Prii around California for a good number of miles.

Uber owns an important network that anyone who could possibly be considered an early adopter is already familiar with. If Uber were to deploy autonomous cars, you as a consumer wouldn’t have to ask yourself if you want to spend $70,000 to buy an autonomous vehicle. You would just hire an Uber at minimal outlay. Uber could profitably build $250,000 cars for quite a while without needing to worry about selling them to anyone else. Another advantage Uber has over its competitors is that they have a built-in solution for the problem of who absorbs liability for accidents. They would be both the manufacturer and the consumer and could self-insure their vehicles in case of an accident.

Tesla is already making cars and doing a good job of it. Additionally, their current cars have a bunch of near-autonomous technologies. For Tesla, it’s just about removing the last 1% of situations their software isn’t yet able to handle. How long will that take? Elon Musk says two years.

Apple…has a lot of money. And they seem to have some sort of knack for doing things properly after others have done them poorly.

Many existing car makers also have autonomous vehicle programs. If solving autonomous driving ends up being an easy problem, then these companies will have a great cost advantage having had decades of experience competing on price in the industry.

That wasn’t actually an answer.

Tesla. They are cool enough to hire first-in-class programmers, but they also have tons of data from real drivers. And not just drivers puttering around in perfect weather in California. For a problem as tough as autonomous driving, their approach of paring away that last 1% is the right one.

My second pick would be Google since they are at least puttering around in driverless cars on real roads now. Which drive like an autism stereotype.

What about that guy who built a prototype in a month?

George Hotz? I’m impressed that he did it in a month. And I think it’s really cool and want to be his friend. But there is a huge difference between making a working demo that will work 99% of the time and figuring out how to complete that last 1%. In particular, he is teaching his car to drive like he drives. Unless he finds a way to expose himself to crash conditions, the system won’t have data on what to do in those situations.

His next step probably needs to be creating a simulator so he can do just that–repeatedly expose himself to bad behavior by other drivers. His idea of just collecting more data by driving for Uber won’t necessarily give him the requisite variety.

Even after such training, he needs to figure out how his system will perform in situations he hasn’t trained it for. There will probably always be unanticipated situations that lie outside of the system’s training set. How it generalize to unfamiliar situations? If a truck full of bowling balls drops its load on the freeway, you know what to do even if you’ve never thought about it before. What would Hotz’s car do?

Hotz needs more people, but he comes across as a person who isn’t interested in or capable of running an organization.

But maybe he or someone else like him can. I’d be happy to see a company not mentioned in this post figure it out.

But at least some of that applies to large auto manufacturers today.

The ability to hire programmers does not. General Motors and Ford invested millions and millions and millions into Ford Sync, MyTouch, and GM OnStar. They wanted to do it themselves, but in the end this just meant hiring consulting firms to do the work while they retained IP rights. These ended up being terrible, buggy systems, and I feel bad for anyone who has used them. It isn’t a question of funding or will. Autonomous driving lies outside the capability sets of these companies.

That’s not the only big, ambitious investment GM has made. They attempted to make a revolutionary car that would transcend their existing businesses. They gave the new team unprecedented independence and generous resources. The result was the Chevy Volt. This car did, in fact, end up saving the company through positive PR that plugged into the limitless optimism of Americans in believing they can save the environment by buying more stuff, but the world still seems unimpressed with the car itself.

If the large auto makers survive, it will be because they are able to license autonomous driving systems from one or more suppliers. If Google gets there first, that might be exactly what they do.

What happens when someone wins?

This will depend on who gets there first and what the solution ends up being. If it’s Google, they will probably just end up licensing their software to existing car manufacturers. The makers will unveil high-end models that allow for autonomous driving. This isn’t all that different than what would happen if the car manufacturers were to figure it out themselves.

If Tesla or Apple win, they will introduce their own vehicles that will compete alongside everyone else’s. Tesla might be willing to license their technology to other manufacturers. Apple wouldn’t.

If Uber wins, they will build cars for themselves and deploy them in various cities, not necessarily in the US first. I suspect that if they think there would be sufficient demand, Uber would eventually be willing to sell autonomous cars to the public.

Of course, there can be more than one winner. For whatever reason, Apple’s Siri was followed closely by Google Now and Microsoft Cortana. The tech industry may be incestuous enough that one company’s product will be closely followed by another’s. We’d then see multiple autonomous offerings competing against each other.

Is there a question you would like me to ask now?

Yes. On which dimensions will these companies compete?

The most important thing initially will be whether it is actually more convenient than driving yourself. Autonomous systems may give cyclists full use of their lane even if they are riding in the shoulder. Will a driverless car then potentially get stuck behind a bicyclist for 5 minutes?

I know 5 minutes doesn’t sound like a long time, but it would feel like it to a rider who perceives he could do a better job.

There are a million such real-world annoyances. A less-annoying vehicle will outsell a more annoying one. This will be more important than price for at least their first decade. People will read reviews to figure out whether a car’s autonomous system will do a good job on their particular commute. If Apple is to play a part in this future, it will likely be because they seem to have a knack for making annoying types of products somewhat less annoying than their competitors’ versions. Uber might also be a beneficiary. My guess is that people would be really hesitant to buy an annoying autonomous system, but more willing to take an Uber ride with one.

Will the lawyers actually let any of this happen? I keep hearing about legal liabilities being the biggest impediment.

These companies we’ve been talking about own the known universe. If they want the laws to change, they will change.