He Can’t Take It With Him, After All 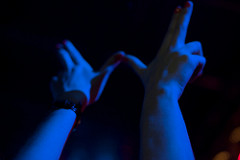 Last March, I advised you all about the release of Once Upon A Time In Shaolin, the literal one-off album by the surviving members of critically acclaimed hip-hop collective Wu-Tang Clan. It appears that, as of November 25 of this year, the group’s online sales agent found a buyer, negotiated a price, and has completed the transaction.

The identity of this buyer is no longer a secret. Martin Shkreli, the 32-year-old hedge fund manager who earlier this September became more hated than the dentist who shot that lion, Abu Bakr al-Baghdadi, and Mel Gibson combined by raising the prices of life-saving medication produced by a company under his control from $13.50 a pill to $750 per pill, and according to unnamed “sources” at about the same time he agreed to pay two million dollars for the album and its accompanying artwork. Repeat: it seems that Shkreli’s negotiations to purchase Once Upon A Time In Shaolin began at about the same time as the drug price increase which turned into an Internet Outrage Of The Day.

He hasn’t listened to it yet. Apparently he wants to use it to seduce Taylor Swift at a “private listening party.” 1 Seems like a waste, I guess, but really, is this all that different from a wealthy person paying a large amount of money for a painting or a sculpture or some other work of visual art?

But my favorite bit was something I saw on Twitter. According to this source, there is a clause in the contract providing that Wu-Tang and/or Bill Murray can legally attempt one (1) heist or caper in an attempt to re-take ownership of the album and if they succeed, Shkreli is ass out and they get to keep it.

Forget the $2M, this is easily the most interesting part of the whole deal between Wu-Tang and Martin Shkreli. pic.twitter.com/5nSshXhjnJ

I don’t know if that’s true, but if it isn’t, well, it ought to be. I report this last bit of information to you, because it is awesome.