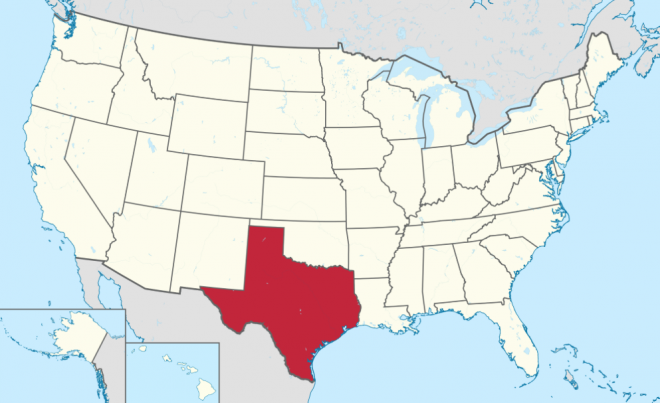 This weekend, the leaders of the Texas GOP provided what might perhaps be one of the best microcosms of the difficulties currently facing the Republican Party since Donald Trump.

State GOP leaders, in a predictable but closely watched vote, have defeated a proposal to ask Texas voters whether they favor secession.

In a voice vote Saturday afternoon, the State Republican Executive Committee rejected a measure that would have put the issue on the March 1 primary ballot. The ballot language would have been non-binding, amounting to a formal survey of voters on whether they would like to see Texas declare its independence from the United States…

Opponents of the proposal argued it would have been an unproductive way for Texans to register their dissatisfaction with the federal government, however strongly they feel. One of the opponents, SREC member Mike Goldman, said he was “sorry we are even having the conversation” about secession.

The pro-secession measure was sent to the full body on Friday after approval by its Resolutions Committee. The ballot language before the executive committee Saturday afternoon read, “If the Federal Government continues to disregard the Constitution and the sovereignty of the State of Texas, the State of Texas should reassert its prior status as an independent nation.”

There are several telling aspects of this issue which should not be overlooked.

First and foremost is the fact that the measure failed to pass. What’s more, it was widely expected to fail by pretty much everyone prior to the vote. Additionally, many of the same people behind the secessionist-temperature-taking measure have been trying diligently for years to get the signatures required for a similar ballot measure. In Texas, a state with a population of about 27 million, one needs but a paltry 75,000 signatures to do this. Still, they haven’t come anywhere close to getting it on the ballot. It would be a mistake, therefore, to suggest that the GOP — or even just its Lone Star contingent — is chock full of nut jobs wanting to secede from the United States. Indeed, the numbers suggest the exact opposite. If pro-secessionists can’t even quite get 0.3% of the state to get behind even considering a measure, then this measure is clearly a product of a small and extreme fringe on the conservative tablecloth.

The bad news is that this fringe somehow has found itself not only elected to state office, but to an internal part of the party’s executive committee. Worse, though they were doomed to fail, this group — representing an extreme and infinitesimal percentage of the state’s population — somehow had the juice to force the committee to debate and then vote on the measure. And far worse than that, the party’s grown ups felt it necessary to take a voice vote on the measure. In politics, voice votes are what you do when you don’t want the public to know exactly who or how many people actually voted for something that could potentially embarrass the party.

This is a good microcosm of the Republican Party throughout the country right now. 1 A national party full of reasonable and intelligent members, who seemingly can’t keep their own extreme fringe from having far more power and influence than would make sense, given the relative size of said fringe.

We have quite a few Texas folks here, and so I’d like to ask them to chime in with their perspective. Does anyone from the Lone Star State know how this could have happened? For that matter, what about Tanya Robertson, the Executive Committee member who championed the measure? How on Earth did she ever get enough political capital to make party leaders do something this politically suicidal?

For everyone else, is there an equivalence on the other side of the political fence? Is there something as nutty as seceding that a major Democratic Party committee would be forced to vote on to appease its furthest fringes? I can’t for the life of me think of any.