“The seven names will be put to a public vote at a still to-be-determined date, allowing the masses to bring UND into a new era. And I think we can all agree that as long as voters don’t choose “Fighting Hawks,” everything will be alright.” -Zack Barnett 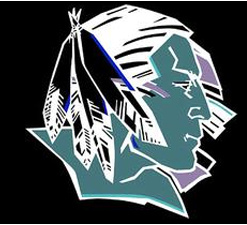 The North Dakota Sioux had to find a new mascot due to the NCAA regulations. There are two Sioux tribes in the region and one supported the nickname and imagery while the other opposed it. Boosters and the state dug in their heels, with the former bankrolling a flooding of imagery of the logo while the state passed a law preventing them from changing their name. The result is that the University of North Dakota missed out on their chance at joining the other Dakota schools in the Missouri Valley Conference, and for the last couple of years UND has had no mascot. They’ve just been North Dakota. The law preventing them from adopting a new nickname has lapsed, though, and now it’s time to pick something.

A little while back, James I Bowie at Slate looked at the North Dakota mascot situation and evaluated potential replacements. Bowie makes the following observation:

What, then, will be next for North Dakota? The university has established a “Nickname and Logo Process Recommendation Task Force,” which may in turn appoint yet another committee to help select a new name this year.

In my opinion, universities have often not done a good job of replacing Native American nicknames and logos. Fearful of controversy and hamstrung by committee decision-making processes, they have often selected names and marks that are bland, generic, uninspiring, and lacking in distinctiveness.
Birds are a typical choice. Of Division I schools that dropped Native American nicknames, 39 percent subsequently adopted bird mascots. By comparison, among other Division I schools, only 15 percent have bird mascots.

Colors are also popular in post–Native American nicknames. Fully half feature some reference to color, compared with just 7 percent of other schools’ nicknames.

Sometimes, birds and colors are combined, as in the case of the Miami RedHawks, Seattle Redhawks, Southeast Missouri State Redhawks, and Marquette Golden Eagles. UND would do well to avoid these clichés by selecting a name that is distinctive and memorable.

And what did the students at the University of North Dakota choose? The Hawks. The Fighting Hawks, to be precise.

Are you kidding me?

Have we lost the capacity to name teams? Between the dumb not-plural-noun names that have become more common in Basketball (Heat, Magic, Thunder), the eye-rolling names of Major League Soccer, and the replacement names at the college level, I am beginning to think so.

Fighting Hawks? There were a handful of options that the students voted on: Fighting Hawks, Green Hawks, Nodaks, North Stars, Roughriders, and Sundogs.

It’s almost enough to make me suspect that they rigged the finalists so that people would choose a bland name, but even with these bad options the students chose the worst one. North Stars and Nodaks have a redundancy problem. Roughriders is the name of the CFL team to their north, but all-in-all isn’t a terrible name. Hawks? What the hell? Sundogs was the best one. Even the pre-Sioux name, the Flickertails, is better.

But there were limitless opportunities. They stopped being the Flickertails because they wanted something tougher, with North Dakota State being the Bison. They chose Sioux because Sioux hunt bison. They could have just gone with Hunters. Or Frontiersmen (and Frontierswomen). Or they could have chosen something similarly intimidating, like the Rhonos. Or something uniquely badass, like Otters[1]. Or be the Chargers with a dinosaur mascot. Or the Hellboys (and Hellgirls). The ties to North Dakota may be tenuous, but who cares! Cool!

Instead… Hawks. I fear for the future of my country.