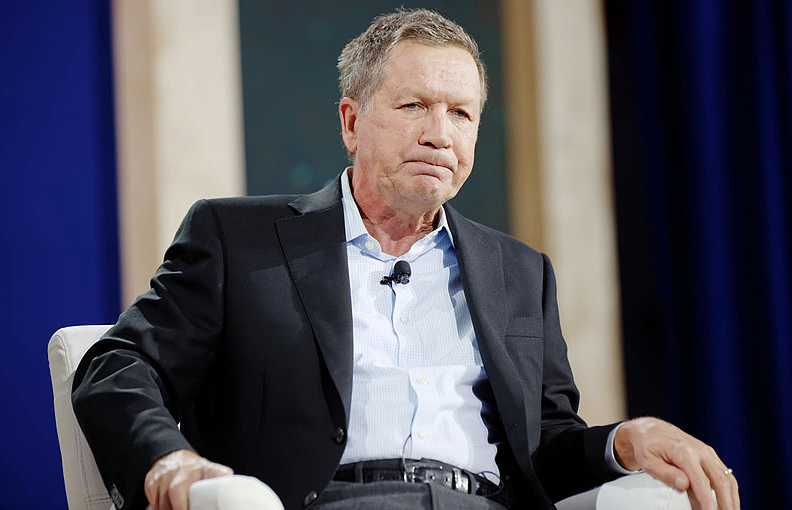 Observation #1: Candidates Should Be Careful What They Wish For

Indeed, it might be my favorite GOP POTUS-primary debate of all time. And to be clear, I’m not talking about a schadenfreude kind of love here. I’m talking about a turning off the television and being shocked to find myself saying, “man, that was excellent” kind of love. For the past decade (at least), every GOP primary debate I have watched has centered primarily on reaching out to the talk-radio crowd. This meant evenings of candidates casually tossing out red meat with very little concern about the questions they were being asked. Last night, though, just felt different.

Or at least it did to me. Josh Marshall called the whole thing “a mess,” and I’m sure he’s not alone. Josh’s main problem seemed to be that when the candidates clearly had no idea what they were talking about, the moderators didn’t call them on it:

So now we have a debate structured around letting candidates say absolutely anything – because scrutinizing candidates is liberal. This leads to having half the debate framed around how strong financial regulation leads the biggest banks to get bigger and bigger and how we need to put in place new policies to prevent banks from getting this big. And the best place to start is to repeal Dodd-Frank. As David said at one point tonight, it’s impossible to find any way into this conversation because it’s all theology and self-referencing assertions.

For what it’s worth, I actually agree with Josh about the degree to which so many of the candidates seemed to be reveling in some form of either cluelessness or hucksterism. Where he and I part ways, I suppose, is what appears to be Josh’s desire for moderators to point all of this out to their viewers. I tend to believe it’s usually better to let idiots and charlatans tie their own nooses around their own necks.

For example, last night there were a lot — a lot — of examples where candidates would say in one breath that we needed to wipe away any and all government regulation and let the market decide everything. And then in the very next sentence they would insist on some kind of sweeping government regulation that, for example, told banks how they had to spend or invest their money, or how big they were or were not allowed to get.  And they’d just go on and on about how they would force these things on corporations. And then they’d wrap up by saying how much they would never have the government interfere or make regulations.

I’m not sure you need a moderator to point these things out to people. I think people who care enough to watch a debate can, quite likely, actually dress themselves in the morning on their very own, without help from their parents, just like a big kid.

During the CNBC debate, the moderators actually tried to do what Josh proposes. But rather than illuminate the situation, it gave the weaker and less honest candidates cover. Anyone who got a question they didn’t feel like answering got to re-frame that question as “What should the role of a debate moderator be?” In last night’s debate, they had no such safe harbor. Instead, the moderators generally restricted their follow-ups to noting that a candidate hadn’t clearly answered the question, and would they please do so now?

The results, I think, speak for themselves.

Not able to use their time needling the moderators, Trump and Carson especially were forced to actually answer questions, and it made each of them look terrible. They each looked uninformed and over their heads. More importantly, the audience responded as if they were. Given enough rope by the moderators to hang themselves, Trump and Carson were forced to spend the night listening to the audience roar its approval for candidates not named Trump or Carson.

More than anyone else, Trump and Carson have been quite vocal in their calls for debates to be moderated exactly the way they were moderated last night. As someone who thinks them each charlatans, I was glad to see them get what they wanted.

Observation #2: The GOP is Evolving Into a Brand Name — and Little Else

It was hard to shake the impression as I was watching the debate that the GOP doesn’t actually stand for anything anymore. Or, perhaps more accurately, that more and more what they stand for is the proliferation of pre-approved buzz words, but little else.

As best I could tell, there was no common cohesion that comfortably fit the candidates and their positions. Sure, there were words and phrases they all agreed upon. But the definitions being used for any of these words and phrases were so scattershot and so all over the map as to defy actual meaning.

In contrast, whenever I hear Democrats debate policy issues there is always some cohesive baseline from which they start. They might debate the degree to which the Department of Education is effective. They might disagree on which tweaks should or shouldn’t be made to improve it. They might even not see eye-to-eye about the extent to which educational policy should be centralized. But they pretty much all agree that public education is important, that tax dollars spent on education are an investment, and that the government is the best vehicle to ensure an educated citizenry. The GOP, on the other hand, seems to favor pretty much anything and everything, from investing public money into primary and secondary education, to using tax dollars to fund vocational schools, to eliminating the very concept of education being paid for by tax dollars altogether. (And, of course, everything in between.)

There really is not rhyme or reason as to what makes a GOP position a GOP position today, so long as you attach the phrase “limited government,” “conservative,” or “freedom” to it. It doesn’t even have to be those things. A potential position can curb or grow government. It can be radical or traditional. It doesn’t need to have anything remotely to do with freedom at all. So long as it attaches to itself the pre-selected brand-name descriptors, pretty much anything goes, really.

Seriously, how weird is that?

Observation #3: All Future POTUS Primary Debates, of Each Party and in Every Election Until He Passes Away, Should Be Required to Have John Kasich In Them

He’s never going to get even a whiff of the nomination. He’s not particularly charismatic, and more often than not last night he came off as an exasperated, grumbling, party-pooper. He was, as best I could tell, the only candidate who was roundly booed by the audience.

Still, John Kasich was the best thing about last night’s debate, because he seemed to care less about being elected than about keeping the other candidates honest. In fact, the line that best summed up his role was the one he uttered most frequently: “Think for a moment about what you’re saying.”

When people trumpeted the idea of no-fly zones in Syria, Kasich was the only one to point out that the tough-but-innocuous sounding phrase actually meant shooting down Russian jets, which would likely be perceived as a declaration of war. We can certainly do that, he conceded, but did we really want to?

When people talked about eliminating the Fed, he asked everyone to stop and consider what putting monetary policy and interest rates in the hands of Congress would actually look like.

Most of the candidates promised that, were Bank of America were to go upside down due to risky investments, they would let it fail. Kasich pointed out that while it was easy to let those Wall Street Fat Cats get theirs, there would also be the deposits and retirements of millions of blue collar and middle class Americans at stake — Americans who would likely be both ignorant and innocent of such shenanigans. What, he asked his brethren, did they propose to do about that?

When Jeb Bush dodged the entire bailout crisis by making the absurd promise that, if he were elected, America would never again have another financial crisis ever — an argument by the way which was echoed by every other candidate, if not quite as overtly — it was Kasich who interrupted and pointed out what a patently moronic claim it was to make.

When hardliners talked about deporting eleven million Mexicans, he rightly pointed out that there wasn’t anyone on stage that would actually do that if they were elected.

And he kept this up all night. He kept doing it even after he got booed by an audience that clearly felt uncomfortable having its nice evening of being told what they wanted to hear interrupted. I’m not sure I’ve ever seen a candidate in a national debate so obviously say, “Fish it. I don’t even care if I get elected anymore.” I’m not sure if I’ll ever see it again.

But if Kasich were willing to do this at every primary debate, in every election, for every party? Man, I’d pay to watch that.