Louise Glück and the Aspiration of Poetry 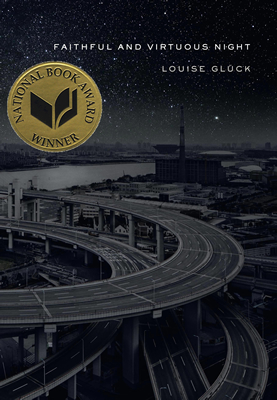 Louise Glück is one of the most decorated American poets of the past five decades — it is all but assured that her poetry will live on in those strange literary nature preserves we call anthologies. Sitting down to read her most recent volume, the National Book Award winning Faithful and Virtuous Night, only provides a reminder of how odd it is to experience poetry through the anthology.

Let’s be generous and pluck the best three or four from this slim volume and nestle them into the Norton: crammed like this, one after the other, into the blank officialdom of onionskin pages, they begin to sound and look the same. The poet grows old; the poet considers death; the poet remembers, or perhaps re-imagines, childhood as a confrontation with death.

What’s lost in the anthology is the way a collection of poems, even if they have been scattered across various magazines in their initial publication, can aspire toward the unity of a book. Poems are not by their nature solitary creatures (though some, of course, may well prefer solitude). Faithful and Virtuous Night aspires toward life as a book—a slim, solid, dark book that turns death over and over in its hands. Whether the ways in which these examinations aspire toward beauty will be visible outside of their progression is another question altogether.

The volume aspires to be a book, and toward beauty, and toward understanding—but I am not at all certain that it in fact aspires toward poetry. I don’t mean this as a slight by any means. But poetry has its aspirations, too—toward a form beyond either prose or speech, something of which even William Carlos Williams is guilty. I am not certain that the poems in this volume of Glück’s share them.

I’d like you to take part in two admittedly unfair exercises to prove my point. First, read the following and determine for yourself which was initially composed as verse—but also ask yourself what makes you believe so:

And now, which was initially prose:

To declare that Glück’s poems do not aspire toward the form of poetry is not to attack free verse, or to declare that we must have the New Formalism or nothing at all. There is no such thing as a formless poem—and by this I mean, simply, that the shape of a poem is necessarily related to its aspirations.

But what Glück has written in Faithful and Virtuous Night aspires more toward parable than poetry. There is no shame in this. They are lovely parables, even when chopped amid line breaks, worthy of being turned over by readers as they turn over the quiet and inevitable reality of one’s own death. I’m just not quite ready to call them poems.

*The answers: In Test 1, the line breaks are original in (2) and added in (1) and (3). (3) is not drawn from Glück’s writings, but from a passage in Adam Nicholson’s Why Read Homer, which only existed as written because I accidentally turned two pages at once. In Test 2, (2) was initially prose.