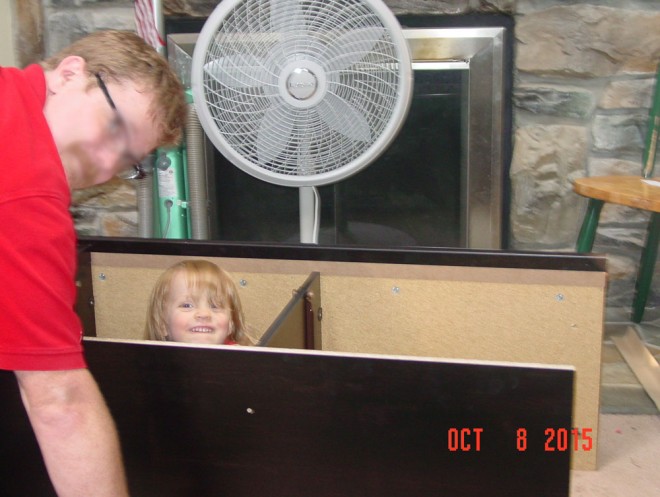 Last weekend, my parents were in town. It was a good opportunity to do something I’d been intending to do for a while. A month or so back, we got a new television set. It’s worked out reasonably well, but it didn’t fit the TV stand. The TV stand itself was falling apart. So I kept an eye out on Craigslist for something meeting my rather specific requirements (namely, a window-cabinet sort of thing. I want to be able to close it off should we be blessed with a second child that wants to root through it. But I also want to be able to see into it. Nothing on Craigslist really came up, so I got something from Amazon.

Which, of course, had to be put together. 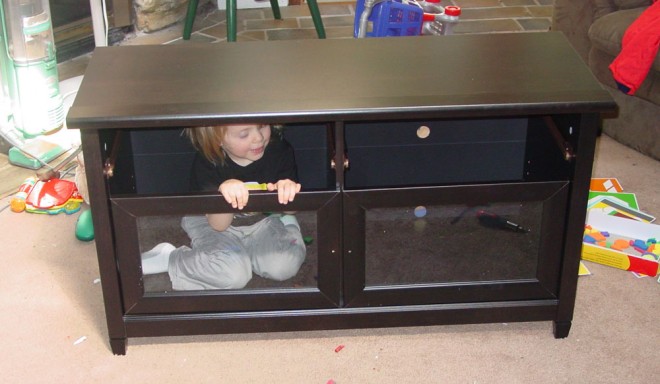 I figured that it would make a good project for Dad and myself and by and large it was. The only problem was that Lain really wanted to participate. She also wanted to take the half-constructed stand and build a little habitat in there. This made a one-day project take multiple days. But we did get it done. And it looks nice and works nicely. The old stand is being retired either to the basement or the garbage heap. It had the window cabinets that I wanted, but during one of the moves one panel broke off, and fortuitously the other broke off the day before my parents got here. That underscored what needed to be done. 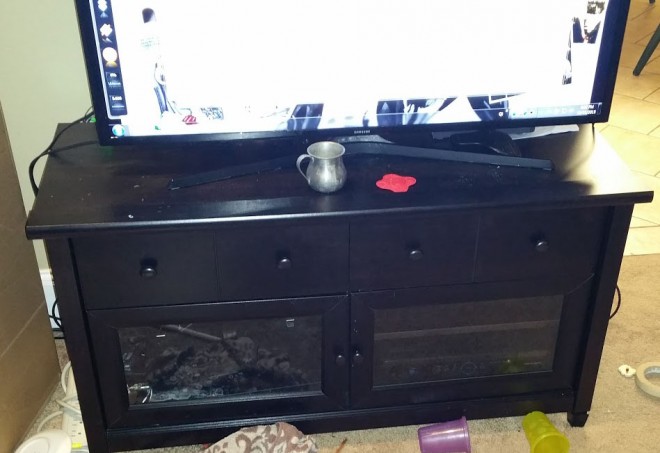 No special plans this weekend. I am going to start scoping out Clancy’s office, which right now is just a receptacle for unopened boxes, and see about getting a desk set up for her. That she doesn’t have a workspace here is becoming more and more apparent. I have also resigned myself to getting her a printer of her own. There was a dust-up with the network printer again and I’ve decided that I am just cursed with them. So she gets a printer she can just hook up her laptop to. Nice. Sturdy. Reliable.

What’s on your docket?