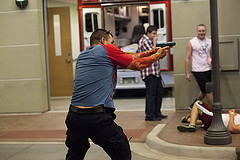 [H1] I… get the argument here, but no. You can paint it as a collective action problem, but you can’t really paint it as honorable or noble. Relatedly…

[H2] Jay d’Brooklyn makes the uncomfortable argument that despite the outrage at the horrifying and evil nature of it, there’s not much we can do about Afghanistan’s boys.

[H3] The Governor of Alabama and his wife are getting a divorce.

[H4] Jesse Singal is not impressed with the UN report on cyberharassment. 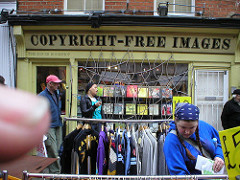 [Co1] I do think that running for president does kinda sorta mean that you don’t get to have your name trademarked in quite the same way you did when you were a business brand.

[Co2] This leaves me torn. On the one hand, aggressive copyright enforcement. On the other hand, memes. How do you pick a side in that one?

[Co3] TNR explains how patent law is jacking up the costs of car repairs.

[Co4] The state of Georgia cannot copyright its own laws.

[Co5] The Microsoft Zune is no longer in production, and the subscription services are no longer available. So if you have one… now what? 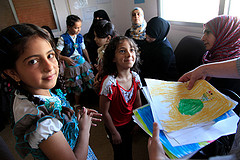 [M1] German mayors are looking to build up for incoming refugees. Which is better than kicking people out of their homes, I guess, though the political tide in Germany may be turning as the number of refugees climbs to 1,500,000.

[M2] When it pays to be Syrian, migrants will become Syrian. The Danes are concerned.

[M3] Refugees are less than impressed with Finland, and Nordic countries are squabbling among themselves over the issue. {More}

[M5] An anti-immigration argument I hear pretty regularly is that because of Univision, this generation of immigrants won’t learn English. It seems to me that 100+ English channels outweighs a few Spanish ones far more than the English/Non-English breakdown of media in generations past. Here is how things presently look. 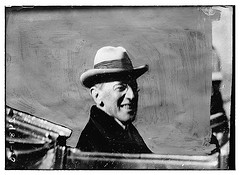 Image by The Library of Congress

[P1] In a piece about replacing John Boehner, Voteviewblog reveals something interesting: as southerners have switched parties, the ideological divide between southern and northern congresscritters has become larger in the GOP than in the Democratic Party.

[P2] I’m not a fan of Trump, but autographing protest signs is pretty cool. Jeb Bush, meanwhile, has the political smarts of a walnut.

[P3] The Democratic Party’s says it has a 200 year history fighting for civil rights, but starts its history right after Woodrow Wilson.

[P4] What will the presidential candidates look like in 2025? USA Today is on it! Rand Paul seems to look more presidential with age. It seems to overestimate how much hair I suspect Ted Cruz will have.

[P5] I’ve been saying pretty regularly that the appropriate analogous Republican primary isn’t 2012, but 2008. It’s good to see the New York Times making the connection, right down to the hazard of Rubio being Romney. (Trump as Rudy, Jeb as McCain, Cruz as Huckabee, and Carson as Thompson.) 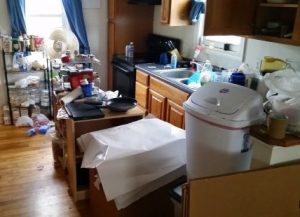 Our kitchen after the movers left…

[Cr1] Well this is a half-lovely story, if true. A man’s wife runs off with their daughter. Sixteen years later he finally tracks her down, discovers that she spent most of that time in foster care, and then is handed a bill.

[Cr3] I thought we had a bad moving experience, but… could have been worse.

[Cr5] Police chase, Kansas style! (It involves officers unloading on a combine being driven away by the assailant.) 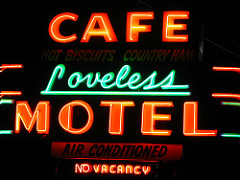 Image by SeeMidTN.com (aka Brent)

[T1] Lyfe is going country, but Nashville is apparently especially susceptible to a robot invasion, coming to seize their jobs.

[T2] Tent cities in Tennessee: Should Nashville accept tent cities as a short-term approach to a lack of affordable housing? {via Chris}

[T4] An East Tennessee police officer is suspended after refusing to shoot a skunk that needed to be shot (and tested for rabies).

[T5] Here’s a nice story of a program in Tennessee to help foster kids adjust to their post-fostered lives.