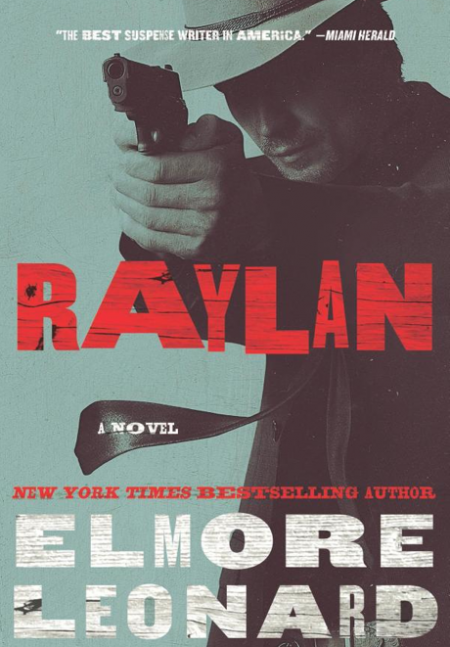 Raylan is Elmore Leonard’s last novel. It’s in effect an alternate version of the second season of Justified, that is, the season starring Character Actress Margo Martindale as materfamilias Mags Bennett, and the seasons that’s generally considered the best. The book also contains the seeds of Thick as Mud, also known as Dewey Crowe In: Kidney Trouble!, perhaps the single funniest episode in the show’s run. Needless to say, it’s a great read.

As you can see, the book’s cover is attractive and well-designed, but there’s one very odd thing about it. Your job is to tell the rest of us what that is.