What Would a Utilitarian do with Volkswagen?

To a larger extent than anyone wants to admit, a lot of criminal behavior is avoided because people follow norms against violating those laws. It is not simply because there is heavy enforcement. If your city isn’t strewn with litter, it’s largely because people aren’t littering, not because your city has a reliable enforcement mechanism to detect and ticket every litterer.

You can’t continuously monitor everyone.

This inability is OK though as long as not everyone is trying to break important laws all the time. Everyone picks up their dogs’ poop in my neighborhood even though there is never anyone around to issue a citation if you don’t. This is the hallmark of civilization. (If you disagree, walk on the sidewalk near my in-laws in China.)

That said, the fines for not picking up dog poop are pretty hefty. I think this is a nod to the fact that violations are unlikely to be detected. The penalties when you are detected therefore need to make up for all those times you weren’t detected. Our parking violation fines are several times lower, which reflects the fact that most parking violations are likely to be caught.

What the system cannot handle, however, is capable people going out of their way to evade enforcement and experiencing a high likelihood of wild success. In such cases, getting caught becomes a near impossibility, and there is then nearly no incentive to break the law. On those occasions that people are caught doing such things, they shouldn’t get to play the game anymore. They are a threat to the whole system. It is too difficult to give them the level of monitoring required to make sure they follow the rules when they have demonstrated a willingness to circumvent whatever little monitoring we do have in place.

And that’s Volkswagen, who managed to sell 11 million cars with defeat devices to pass emissions regulations, shouldn’t be allowed to sell cars in the United States anymore.

We are more outraged by deliberate attempts to break the law, compared to stochastic sloppiness leading to mistakes and accidents. But it is far from obvious that the egregious violations should be punished more severely in a Beckerian framework. In fact, if they are harder to pull off, compared to sheer neglect, perhaps they should be punished less severely, at least from a utilitarian point of view. I am not saying we should discard our intuitions about relative outrage, but we ought to look at them more closely rather than just riding them to a quick conclusion.

Hey, I’m a utilitarian! But don’t think I missed Cowen’s qualifier: “if they are harder to pull off, compared to sheer neglect, perhaps they should be punished less severely.” It isn’t harder to pull off. It is trivially easy to pull off. Cars are put on a dynamometer as a favor to car makers. They are tested at standard, pre-specified temperatures and conditions specifically as a favor to car makers. If we wanted to, we could do real-world pollution tests and just see how the car performs for whichever driver happens to get in. We don’t do that because that would in some sense be unfair to the manufacturers who wouldn’t have a clear understanding of what standard they were being held to. Instead, we lay out the testing protocols in detail, and the manufacturers only have to engineer the vehicles to meet standards per that protocol. 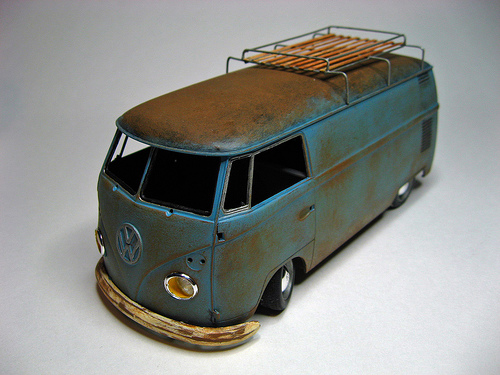 Volkswagen took advantage of this graciousness reportedly 11 million times. Our options are to introduce an impossible level of monitoring to prevent future transgressions or issue them a “game over” by attempting to prosecute them.

Cohen’s other points likewise do not persuade me. If others have committed the same crime, then they should be prosecuted as well if they still can be. While there may be bigger problems in this world and in the area of automobile solution in particular, we still ought to do the right thing here.