I Didn’t Skip the Readings 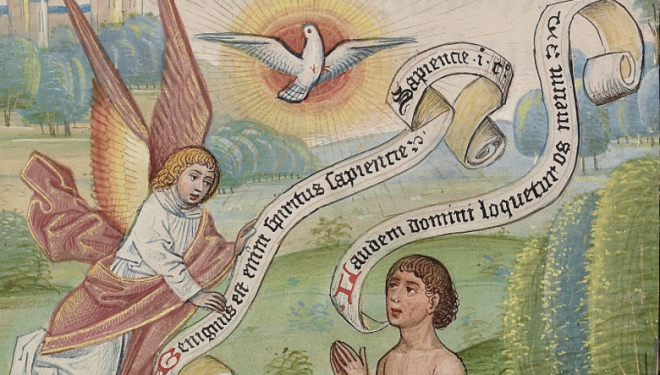 I was raised Catholic, but from around the time of 5th grade through high school, I experimented with what we today call evangelical Christianity although I don’t think I used that term then. I never formally left the Catholic Church and never formally joined either of the Pentecostal and Baptist congregations I frequented. But I did participate in the youth groups of both my Catholic parish and those two congregations.

Along the way, I adopted many of the positions attributed to evangelicals. I believed we needed to be “born again” in Christ and that Christ was the way to salvation. I believed in the possibility of something like the Rapture and a time of tribulations, although I never had a firm position on when the Rapture would take place or whether it would happen before or after the time of tribulations. I believed the Bible was the truth although I probably was not a literalist. I also adopted much of the social conservative agenda often attributed to evangelicals. I believed the state should recognize Christianity on some level. I believed homosexuality was wrong. I believed abortion should be illegal.

When it came to issues like evolution and creationism, I had the not uncommon ability to heed conflicting ideas at the same time. I think I insisted that if we assume an all-powerful god, then young earth creationism and special creation were at least more than possible even though I’m not sure, now, how much or whether I believed in them. And yet, I think I accepted on some level the claims made for evolution, including the claim that humans evolved from pre-humans, who evolved from the same creatures from which apes and monkeys evolved.

But I objected to “science,” or what I took to be science. For me, “science” was best represented by those who relied overmuch on a facile rationalism and who rejected anything that was not material or observable or falsifiable. I wasn’t sophisticated enough at the time to put it in those words, of course. But I had in mind people like one physics teacher in my high school who according to some of his students (I never had him) spent class time discussing how religious people were stupid to believe in god when all the evidence seemed to disprove it. I also had in mind Carl Sagan. During my teen years, I watched reruns of “Cosmos.” I resented his repeated swipes against the claims of faith. Those swipes weren’t by any means the sum total of what Sagan was doing–in fact, I enjoyed watching the series–but it’s hard to deny that attitude was there.

Enter college. As a freshman, I took a biology course that challenged those views. The course was co-taught by a biology professor and a philosophy professor ( the same philosophy professor I talked about in another post). In addition to the standard suite of introductory biology material–photosynthesis, the citric acid cycle, meiosis and mitosis, and a survey of life forms from prokaryotes to human beings–we did a lot of extra readings.

Some of these readings, like Dawkins’s Selfish Gene, an essay by Francis Crick, a book by Desmond Morris, Elaine Morgan’s Descent of Woman, and Paul de Kruif’s Microbe Hunters, seemed to insist on the (sometimes callous, almost always unquestioned) materialist worldview that I had associated with science.

But others offered critiques of this materialist view. Thomas Kuhn’s Structure of Scientific Revolutions seemed to demonstrate that science is just as based on faith and the type arbitrary assumptions of which some scientists are so dismissive when they aver their disbelief in god. An essay by Paul Feyerabend seemed to argue that we give scientists too much power and too much deference to formulate public policy and we should allow other, non-scientific views. We also read a philosophical challenge to evolution. I forget the author or title of the piece, but it raised the possibility that evolution, while descriptively and historically accurate, doesn’t work well as a predictive scientific theory. This piece called evolution “the great tautology.”

In retrospect, my understanding of a lot of these works was faulty or at least incomplete. I probably misinterpreted Kuhn. I’ve since read up on Feyerabend and discovered he may not have been as “anti-science” as the piece I mentioned, taken by itself, seemed to me as a freshman. The “great tautology” piece was more a challenge to how we fit what is and is not “scientific” into neat categories and a meditation on what scientists mean when they call something a “theory.” (It definitely wasn’t the “tautology” argument you now sometimes hear from young earth creationists or intelligent design advocates.)

But whatever my misunderstandings, those works taught me two things. One was that science was largely a method. The other was that not all scientists were the caricature of the raving materialists I had assumed them (all) to be, and plenty of people argued over and thought about what science is and has been, what its implications are or should be, and what it can and can’t say about the universe. And even the hyper-materialists were (at least sometimes) thoughtful people. (Whatever one thinks of Dawkins’s Selfish Gene, it wasn’t emblematic of the “irreligious right” tribe Dawkins later joined.)

There were bad things about that class. The biology professor, although a great instructor in many, many respects, sometimes used his bully pulpit and captive audience to make straw man arguments about theists, targeted especially but not solely at creationists. But being exposed to ideas you might not be comfortable with is part of what going to college is all about. And I’ve done worse.

I don’t intend this essay as “an answer to Burt Likko.” Aside from some very minor points, I agree pretty much with everything he says in his recent post that inspired this one, and I believe my experiences generally prove him out, at least as far as I’m concerned. (Whether or how my experiences represent the continually evolving relationship between culture and the law is beyond what I’m trying to say.) I’ll just end with saying I’m glad I didn’t skip the reading.