PBS ran an article on dissenters on the Dr Seuss Question:

Amid the adoration is a small but vocal group of parents who take issue with the author’s use of nonsensical language.

There’s Jennifer Graham, who once took to The National Review as a frustrated mom.

“I always thought the point of reading to children was to teach them about language,” she writes. “How does Dr. Seuss help? Heck, he knew so few words that he had to make most of his up.”

She writes about losing it while reading Seuss to a group of children: “‘I DON’T KNOW WHAT A TRUFFULA TREE IS!’ I shriek. ‘I don’t know what any of this stuff is!’”

There’s Amy Mascott, a state-certified reading specialist in Maryland, who wrote a blog post two years ago that began with a confession: “I don’t love Dr. Seuss. I don’t, and I haven’t, and I won’t. So there. I said it.”

And there’s this commenter from a online Goodreads discussion. “Is Dr. Seuss good for kids? He makes up words. Then when my kids start making up words I have to be the bad guy and shoot them down.” 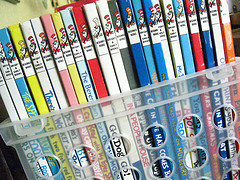 Our child development specialist frowned down on Dr Seuss. Less so for the fantastical language and more for the lack of literal illustration. The cows do not look like cows, and Sneeches don’t look like anything. It was her perspective that time spent learning what a Gox is would be better learning what an ox is, with a picture of an ox. She wasn’t 100% against Seuss, though that might have been more of a practical concession (“These people won’t listen to me if I am too adamant”) than an ideological one.

I’ve found myself undisturbed, which for those who know me isn’t surprising. I am actually quite impressed with my daughter’s ability to pick up on abstract imagery, to see a cartoon cow that doesn’t look like a cow, but successfully associate it with an actual cow. She is genuinely better at identifying the Play-Do outlines. She calls something a pig and I look at it and hey yeah that actually is a pig I had thought it was a dog.

Alan Jacobs takes issue with parents complaining about how bad children’s books are, wondering if our parents ever complained about the books they had to read to us.

Well, they didn’t complain to me or anything. And I wouldn’t dream of complaining to Lain. It is indeed one of those parental tasks to be taken with a smile. That doesn’t mean, of course, that we can’t vent on the Internet. At least a little bit. And that’s probably one of the differences. Used to be you just vented to other parents.

I enjoy reading to Lain within limits. Lain, however, does not always recognize limits. She is particularly aggressive with Clancy, who is more indulging. Since she isn’t around all day, she doesn’t quite need to set the boundaries that I do.

Lain’s library was mostly procured over eBay. You can get large sets of books for really reasonable prices. Some of them are not in the best condition, but that’s okay because if the book falls apart, you can make an informed decision about whether or not to pay full price for it. Sometimes you’re kind of glad it’s gone. Other times, though, you know it’s worth paying $10-20 for because you know that both parent and child will enjoy it. That’s worth a lot.

Some of the books are really bad, and Lain’s tastes are a bit spotty. The worst books are the educational ones. Intended for somewhat older kids. There’s one called You Will Go To the Moon, which is vaguely technical (explaining how a space station would simulate gravity) and boring. Also, given that she will not in fact go to the moon, a cruel lie. There’s another one about whale migration that I am not a big fan of, though it taught her the word “whale.”

I find myself wondering if Dr Seuss just ruined the industry. He was so prolific, and so good, and his works mostly so timeless, that I wonder if he rendered obsolete any book written since. More likely, it’s related to the fact that writers probably like to consider themselves above writing children’s books. It’s probably considered less impressive to say at a dinner party that you write children’s books than loftier stuff aimed at mature audiences. (I also think this is why comic books have “matured” over the years, or at least a contributing component.

It seems to be a pretty tight market, in the overall. The free ebook options, which for some reason I expected to be many, are actually quite rare (though Gecko on the Wall is great, and Danielle Bruckert‘s other books tend to be fun). And Kindle is so hit-and-miss with independent authors, and children’s books themselves especially so, that I haven’t really dived in as much as I otherwise might.

This is really, really important. Evidently, there is a rip in our time-space continuum that has been identified by the Berenst#in Bears.

Here’s the thing. These books play such a huge role in the collective memories of so many people, all of whom clearly and distinctly remember “BerenstEin”, that I am not the first to propose the notion that somehow, at some time in the last 10 years or so, reality has been tampered with and history has been retroactively changed. The bears really were called the “BerenstEin Bears” when we were growing up, but now reality has been altered such that the name of the bears has been changed post hoc.

Some explanations have been proposed. One person suggested a change due to time travel, similar to “A Sound of Thunder” by Ray Bradbury. It’s an interesting theory, and I admire it for its simplicity, but it is flawed. Time travel doesn’t actually work that way, and if someone had “stepped on a butterfly”, it would not impact the future because they had already stepped on the butterfly before they left for the past; history has to be consistent.

I would like to make a modest proposal: We are all living in our own parallel universe.

When my wife pronounced them Berenstain Bears, I thought it was analogous to how she pronounces the president’s name “Oh’bamm’ah” rather than “Oh’bomb’ah”). So imagine my surprise when I notice the spelling.

Which is doubly problematic. That means that not only am I from a timeline alternate to the current one, but my wife is from this timeline. It’s almost enough to make me question our basic compatibility.