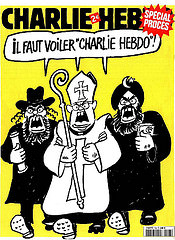 [H2] The joke writes itself: The daughter of the Governor of Oklahoma had to disconnect her trailer from the Governor’s Mansion.

[H3] A paper that boosted Golden Rice has been retracted over concerns of subject consent. (There is, it should be added, no evidence of falsification or fabrication.)

[H5] Color me a bit surprised: In the UK, seven in ten homes that had the decision to filter out pornographic content chose to do so.

[H6] Some people seem rather upset that Charlie Hebdo has announced that it won’t be doing anymore Mohammed cartoons. I am glad that they didn’t back down at the time, but the attacks did not impose a requirement that they produce these comics indefinitely. Besides, there are always safer targets where you’re brave and provocative instead of mean and reckless. 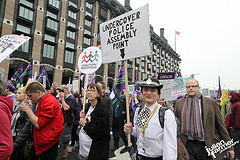 [C2] The courts in the UK have ruled that making private copies of your music is illegal.

[C4] Some pictures on a cell phone in a town dump lead to the arrest of a sailor.

[C5] I’m trying to imagine how this guy explains the gap in his resume. “I cared about the success of my clients a little too much, it turns out.” 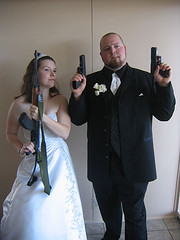 [C7] By ending up on the sex offender registry, Zach Anderson (the 19 year old who slept with the 14 year old who represented herself as being 17) was prohibited by an animal shelter from getting a dog.

[C8] So here’s the thing… while such a relationship is entirely and utterly inappropriate, and the man should never be able to teach again, if the young lady is willing to marry the guy in order not to testify against him, I can’t say I am in favor of trying to prosecute him whether they can make a case without her testimony or no. 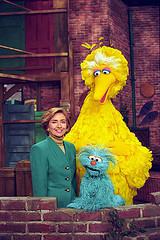 [E1] The New York Times reports that manufacturing is making a comeback in the South, but Adam Ozimek says “Not so.”

[E2] Moody Analytic’s model looks (mostly) the economy and suggests the slightest of slight victories for Hillary Clinton a Democrat next year. 270 EVs.

[E3] Well, this sounds like a pleasant working environment.

[E5] Despite some bad news recently, Ben Thompson argues that ESPN is going to be okay.

[E6] Come on, Jared, all you had to do was keep your weight off and not be a creep, and you were pretty much set for life. Or maybe not, since Subway’s fortunes have changed dramatically. Which can be attributable to a lot of things, I suppose, in conjunction with some other companies having fallen on tough times (to the celebration of some), I fear it has more to do with the lack of market in trying to sell downmarket, which is sometimes good but I don’t think good in this case. 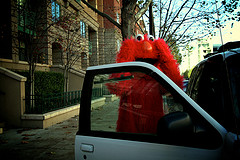 [SS1] Vox explains Sesame Street’s move to HBO. Boy, mixed feelings about that. But more episodes is good. I had no idea that they produced so few a year.

[SS2] Alia Wong looks at the history of Sesame Street, and what we did and didn’t learn from it.

[SS3] Though they say we still need preschool (but do we?), should we work harder at putting a TV in every home, so that kids can watch Sesame Street? It’s almost kind of funny that PBS – which is free – is one of the reasons I am itching to pay money for Satellite.

[SS4] I got some old Sesame Street shows on video. They come with a disclaimer. Here’s the story on that. (Oscar the Grouch being orange was weird to see.)

[SS5] Speaking of Sesame Street, is it responsible for the gentrification of Brooklyn? 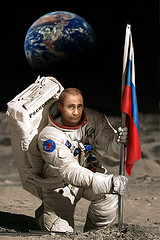 [R1] Some Russian Nationalists want to fly the flag of the Tsarist imperial standard. I can’t speak to the history, but it’s certainly a cooler flag than their present one. (For that matter, the so was the Soviet flag).

[R2] Boris Pastukhov says that had the anti-Bolshevik White Russians won almost 100 years ago, Russia would… actually look a lot like it does under Putin.

[R3] Well, I suppose bribery may indeed be an inelastic good.

[R4] Wired has a fascinating article on Russia’s Cold War mapmakers. There was an episode of Homicide, Life on the Street about an American counterpart.

[R5] I wonder if Russia Today’s illuminati correspondent has access to the state’s Trolling Treasure Trove.