I heard Leonard Nimoy died. I don’t actually know much about him.

But I know about Spock. To me, Spock was great because he taught by example that:

As a weird kid who thought himself smart, Spock was an easy hero.

Eventually I grew and realized that maybe Spock the character wasn’t exactly smart per se. I know smart people, and they don’t pretend that probability numbers come with come with several significant digits. Also, if a smart person says that a tactic has 0.0017342343243223590% probability of success, but it then actually succeeds, they will reconsider where they went wrong with their estimate and revise such guesses in the future. Watching Spock, you’d almost think he was a creation of someone not so smart trying to guess what someone super-smart might be like.

But these are small errors compared to what others have done in Spock’s long and deep wake.

As far as I can tell, instead of the childhood takeaways I listed above, Hollywood has learned that you can only be smart if you are intensely weird. This is not actually true.

In real life, I find that athletic people are as smart or perhaps even smarter than unathletic people. I find that people who have really good people skills also seem to be book smart. I find that if someone is good at math, they are more likely to play a musical instrument and do it well, not less.

In Hollywood, such a world cannot stand. Excellence in one area of one’s life must necessarily lead to a tragic failing along some other dimension. Of course Walter White had to have a gigantic ego. Being good at chemistry meant he had to have a correspondingly large problem in some other dimension of his life. Rainman necessarily needs to be a freak. Otherwise it wouldn’t be fair.

Instead, of attempting to depict the actual Turing, however, we get a high-functioning sociopath. Hollywood neuroscience requires that brilliance be achieved only by through mentally illness in some other respect. And being cloyingly nice doesn’t count.

I know one possible response to this criticism is that a smart character with no other flaws would be boring to watch. This critique is not as valid as it might initially seem.

For example, if a person faces a sufficiently scary enemy, it’s OK for them to be multi-dimensionally strong because the challenge merits it. The story would still be interesting because there would still be conflict. The only difference is conflict would be between the main character and the enemy rather than between the main character and his own neuroses. In the Imitation Game, the enemy is the Nazis, who I think qualify as sufficiently scary so as to not require that the hero be artificially self-handicapped.

I’ve written (poorly) about the problems of depicting intelligence before. It was the subject of what is among my least well-thought out posts here at OT.

“If your old work doesn’t embarrass you, you’re not improving.” <- Thing I say while reading my old posts.

…writing intelligence is very hard. Just look at anything that Aaron Sorkin has ever done. The Newsroom viewer is supposed to believe that Jeff Daniels’ character is smart, because he can list a bunch of statistics from the OECD web site. The other thing is that writers write intelligence in a way that tends to flatter writers, so intelligence becomes the ability to engage in wordplay or to conjure up obscure facts out of thin air.

I thought this was true too; and I still think so, but one in-flight movie I watched on the way to China reminded that it is in fact possible to write actual intelligence into a character.

The first season of Veronica Mars is easily among my favorite first seasons of any TV show. My delight never dipped, and I never stopped to consider why I was enjoying myself so much.

Years later, the improbably-funded Veronica Mars movie was in the the flight’s queue, and I watched the whole thing. We see a young woman who faces problems we can understand from what is on-screen and solves them in ways that sometimes invoke cartoon physics, but are smart given those laws. 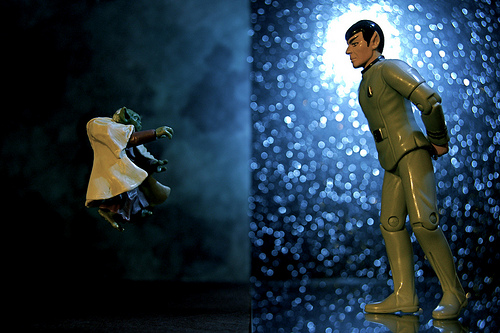 Veronica Mars is all the more impressive given that the show sticks true to what the title character ought to be capable of. Glyph characterizes the show as the other daughter of Buffy, but it’s worth noting the substantial difference that Buffy succeeds largely because she is a superhero. She is bigger and badder than the enemy defeats them on those terms. If we look at other items in Joss Whedon’s catalog, Summer Glau from Firefly/Serenity wins because the government made her into a big, bad killing machine. Eliza Dushku from Dollhouse wins because a corporation made her into a big, bad killing machine.

Veronica Mars isn’t a killing machine. She’s a high school student with a private investigator dad, and the series sticks her with the humble tools that offers and doesn’t make up contrived ways to get her out of the problems she finds herself in. So hampered, Veronica is far more interesting to watch than any of these others. In my head, she carries the torch for intelligent TV characters that Spock left behind.