Everything that’s terrible about [The Hunger Games] is in this sentence:

Hunger Games was written by a woman and stars a woman (much as we love JK Rowling, her series isn’t named after Hermione) — making it a true lady-centric blockbuster franchise.

This isn’t the first time I’ve read feminists be less than fair to Harry Potter and too forgiving of The Hunger Games. I have my own issues with the first Hunger Games movie, but the Last Psychiatrist has issues that directly deal with the heroine’s not actually doing anything herself the whole movie:

Other than the initial volunteering to replace her younger sister, Katniss never makes any decisions of her own, never acts with consequence– but her life is constructed to appear that she makes important decisions. She has free will, of course, like any five year old with terrible parents, but at every turn is prevented from acting on the world. She is protected by men– enemies and allies alike; directed by others, blessed with lucky accidents and when things get impossible there are packages from the sky. In philosophical terms, she is continuously robbed of agency. 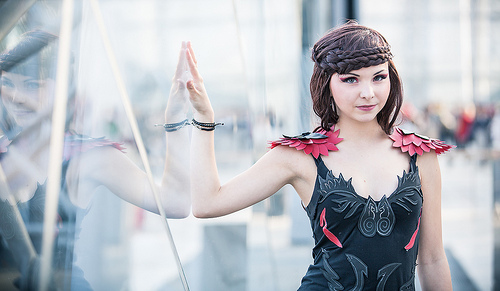 The Last Psychiatrist is perhaps even less impressed with the presumed feminism of the second movie.

Alas, The Last Psychiatrist last posted May of last year. I dutifully wait for a forthcoming review of Mockingjay. I have not actually read the books, so I can only comment on the movie. I should note that actual readers here at OT seem to have found much more of value from the books than I was able to extract from the movies, which I found entertaining but not much else. 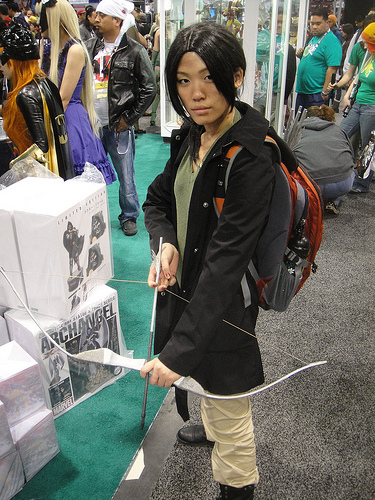 Mockingjay the movie discards the pretense of heroism on the part of Katniss of the first two movies and openly regards Katniss as a mascot. The leader of the revolutionaries literally utters this sentence to her: “Will you be our mockingjay?” (A mockingjay is type of bird.)

Katniss does very much feel like a mascot. Mascots tend to be animals. Or professions or races of people who aren’t stereotypically known for their circumspection. Animals aren’t aware of much more than their immediate concerns. Accordingly, just like my dog gets distracted by squirrels, Katniss spends her time exclusively concerned about her not-her-boyfriend. This is logical since the man she spent the first movie pining over the man who is right there next to her in this one perfectly available and therefore asexual.

It’s interesting to note that Katniss’s habit of putting trivial things ahead of important things is mirrored in her younger sister Prim who goes looking for her cat during a bombing raid. You might think that would be the setup for Katniss to realize she has to grow up, but you would be wrong. She doubles down. Of course you should be hunting for your cat! It’s exactly what a mockingjay would do! And dramatic scenes that leave the main characters unchanged is what this movie series thus far delights in doing.

It is fun though.