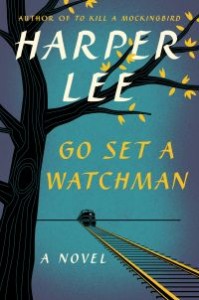 Here’s the thing about Atticus Finch: above all, he was (is) a decent man. Living up to that standard of decency was precisely what enables him to act, perhaps unwittingly, as a civil rights hero in To Kill A Mockingbird. And the limitations of that standard—what it didn’t (or couldn’t) preclude—is why he is nonetheless able to oppose the Civil Right Movement itself in Go Set A Watchman, which was released today.

This decency is why I doubt that no one who has ever known a decent Southerner, particularly one of Finch’s (or even Harper Lee’s) generation, would be at all surprised to find that both men could be contained in the same individual. The tension between what decency enables us to lift ourselves toward, and what it can at the same time allow us to remain indifferent to—at least where it intersects with race—is the plot of the life-story of just about every Southern liberal or moderate I can imagine (and quite a few conservatives, as well).

When we meet Atticus Finch in To Kill a Mockingbird, we encounter him through the eyes of a child—and, typically, as little more than children ourselves. From the child’s perspective, decency looks an awful lot like righteousness. So this tension, too, is found in the plots of many—perhaps even most—narratives about parents and children. No one is ever quite who they seem, because who they seem to be depends on how we interpret appearances. Philip Roth writes continually of the discovery that decent and right, or good, or just are not always synonyms. And in that moment of eternal rediscovery, you can come to understand how when his characters rage they are being consumed not by hatred, but by genuine love for their families, or for America—and how the same holds for Faulkner’s Quentin Compson and the South which he, too, did note hate.

(For two takes on Go Set A Watchman that are both longer and more incisive than my own, go read the two Adams: Gopnik and Kirsch.)