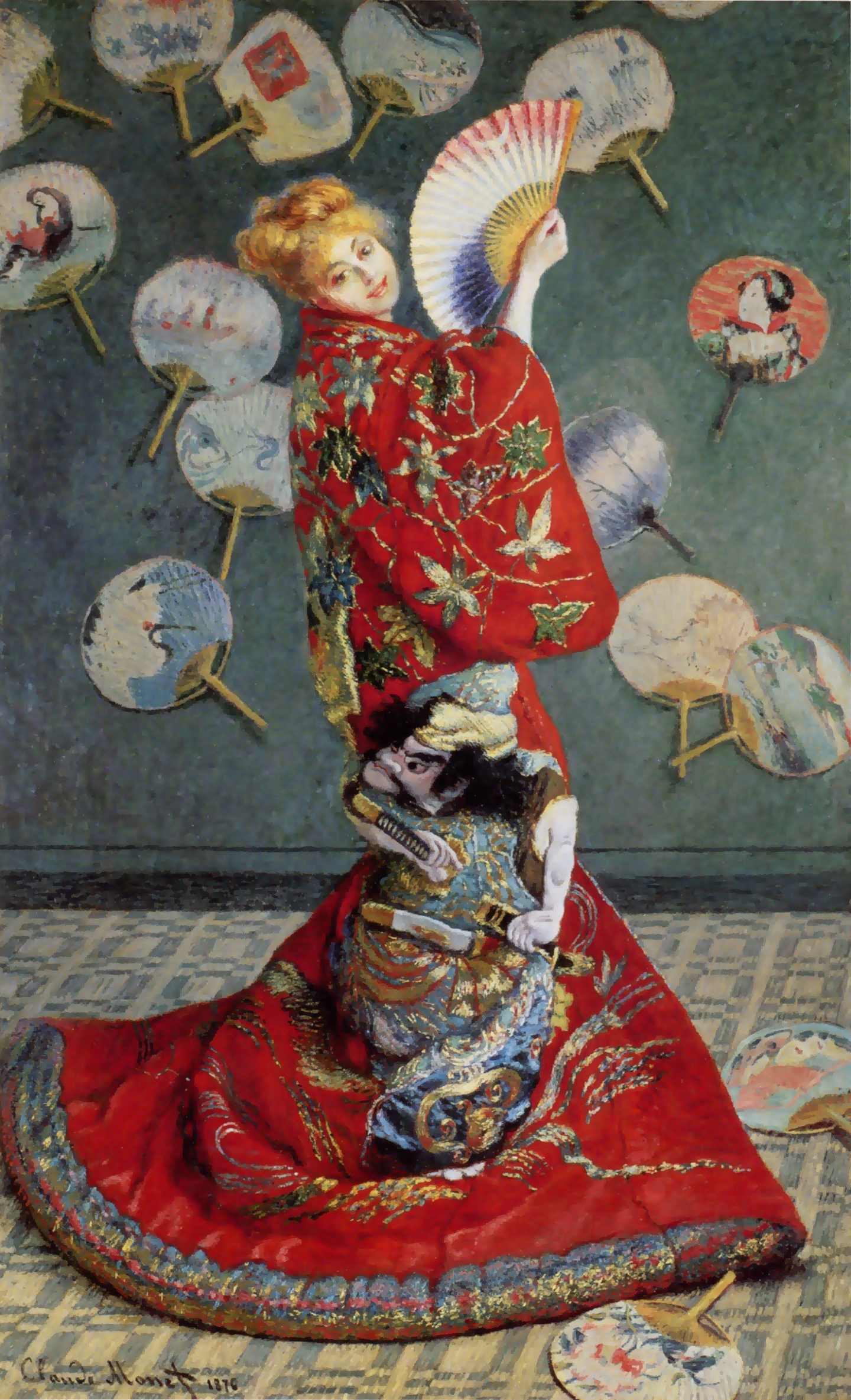 It appears a group of ignorant bullies in Boston has succeeded in partially shutting down an art exhibition that the group apparently considers offensive. The Boston Globe Reports:

In an episode that speaks volumes about cultural institutions, ethnic sensitivity, and the power of protest in the digital age, the Museum of Fine Arts is hastily pulling back on an event that protesters labeled a latter-day form of racist minstrelsy.

MFA officials announced Tuesday they would recast “Kimono Wednesdays,” an attraction scheduled to run throughout July. It is extremely rare for the MFA to change exhibition plans in the wake of protests; it appears such action had not been taken for decades.

Created as a light summer distraction, “Kimono Wednesdays” invited visitors to “channel your inner Camille Monet” by donning museum-provided kimonos and posing for photos in front of Claude Monet’s “La Japonaise,” a painting of the artist’s wife wearing a kimono.

Of course, no actual Japanese people are offended. In fact, the exhibition just finished making rounds in Japan, where it was popular and well-received, as indicated in the MFA’s statement in response to the bullies:

The MFA’s mission is to engage people with direct encounters with works of art, and to be an inclusive and welcoming place for all. When the MFA’s painting, La Japonaise by Claude Monet, travelled throughout Japan for an exhibition, historically accurate reproduction kimonos were made for visitors to try on. When the painting returned to Boston and a similar program was introduced at the MFA, we heard concerns from some members of our community, and as a result, we’ve decided to change our programming. The kimonos will now be on display in the Impressionist gallery every Wednesday evening in July for visitors to touch and engage with, but not to try on. This allows the MFA to continue to achieve the program’s goal of offering an interactive experience with the kimonos—understanding their weight and size, and appreciating the embroidery, material, and narrative composition. We will also increase the number of Spotlight Talks presented by MFA educators, to take place every Wednesday evening in July in conjunction with the display of the kimonos. The talks provide context on French Impressionism, “japonisme,” and the historical background of the painting, as well as an opportunity to engage in culturally sensitive discourse. We apologize for offending any visitors, and welcome everyone to participate in these programs on Wednesday evenings, when Museum admission is free. We look forward to continuing the Museum’s long-standing dialogue about the art, culture and influence of Japan.

And, in the Globe article:

Reproductions of the kimono were commissioned by NHK, the Japanese broadcaster, as part of “Looking East,” a traveling exhibition including the Monet work that was seen at museums in Tokyo, Kyoto and Nagoya. The statement noted visitors to that exhibition could also try on the kimonos.

In addition to the people and official institutions of Japan not only supporting the exhibition but actually planning it, the relatively small Japanese community in Boston was excited and proud that the people of Boston – who don’t get as much exposure to Japanese culture as their West Coast brethren – would have an opportunity to appreciate the craftsmanship of a real kimono firsthand in the context of a classic Western work of art.

Nevertheless, I heard from a Japanese national in Boston that there may be an ulterior motive: apparently, whenever the MFA has a specifically Japanese exhibition planned, members of other Asian-American ethnicities protest or threaten to protest, invariably claiming “orientalism”. In support of this, one of the protesters initially held a sign that read:

“Try on the kimono, learn what it’s like to be a racist imperialist !!!today!!!”

I’m not suggesting that that is the case here, but Japan doesn’t really get along well with its Asian neighbors – a truly amazing feat for a nation that has constitutionally rejected war as a policy tool for the last seventy years. Indeed, it turns out the protesters are not Japanese at all. They have names like Amber Ying, Amnes Siyuan, Christiana Wang, Aparna Pampi Daz, and Loreto Paz Ansaldo. That’s not to say that members of other Asian ethnicities cannot reasonably be offended by how Japan is portrayed, but I would not at all describe this group as reasonable. Here is their Tumblr. It includes heaping forkfuls of word salad:

What happens in ivory towers of culture is intimately connected with the iconography that is institutionally and uncritically supported and propagated that informs the justification of violence against othered bodies on the streets.

“(This)…goes back to the world exhibition in Europe where visitors would come see people in cages brought from Africa.”

Perhaps smelling the MFA’s weakness at rolling back the exhibition, the protesters have decided to double down, posting a list of “demands” on their Tumblr, which include making themselves panelists in some sort of panel discussion that they’re demanding. The MFA would do best to demand that security escort the protesters out of the building, and we as a culture would do best to demand zero tolerance for those who would censor art.