Doug DeMuro’s question of the day a while ago was “why don’t we like hatchbacks?”  Specifically, he considers the lack of success of the Toyota Matrix and its eventual cancellation:

Well, what happened is, they were hatchbacks. I say this because Toyota also sold a sedan version of the Matrix at the time, and it did very well. You may have heard of it, because it’s called the Corolla.

And, of course, people bought the Corolla in droves. Tens of zillions of people wake up every day with nothing better to do than buy a Corolla. They’re like zombie people, all heading to the Toyota dealer to get their Corolla fix. “MUST BUY COROLLA,” they say, walking in with blank personal checks in hand. “MUST NOT BUY MATRIX.”

So this is a major phenomenon, but I’m kind of curious why.

He thinks, wrongly, that:

part of the reason may be because we are really concerned about privacy. This whole Edward Snowden thing went down, and Americans have suddenly gone into hyper privacy mode, to the point where people next to me in on a plane even try to hide their iPhone screens when I glance over to read their text messages.

And sedans are masters of privacy. This is because they have an enclosed box in the back where you can put your things, whereas hatchbacks have all these windows that kind of say: Here are my things! And this is where I have put them!

Any explanation for why the US doesn’t have hatchbacks needs to be able to explain why there are no SUVs with trunks. It is too much of a coincidence to think that zero SUV owners care about privacy nearly all of those choosing between sedans and hatchbacks do.

(A) that “history matters”—a broad concept, or
(B) that predictable amplifications of small differences are a disproportionate cause of later circumstances. And, in the “strong” form, that this historical hang-over is inefficient. [Vik: links and footnotes removed]

In a classic paper in the American Economic Review [un-gated pdf], Paul A. David phrased path dependence as meaning “one damn thing follows another”. He adds:

it is sometimes not possible to uncover the logic (or illogic) of the world around us except by understanding how it got that way.

I know that sounds simple and perhaps obvious, but it runs counter to how a lot of us ordinarily think. Our preferred approach is to figure out what the long-term equilibrium solution to a problem should be.

And it works the other way too. We look at the world and then try to explain how that is a long-term equilibrium solution. This is not always true. Sometimes we just end up with a particular solution that is highly dependent on how it was arrived at, not a solution that was a foregone conclusion mandated by factors we would consider more meaningful.

Somehow, in the US, hatchbacks became uncool. They will remain so until they become cool. Even a lot of people who don’t care about looking cool will buy Corollas over Matrices because it never occurred to them that the Matrix was just a more-convenient Corolla. They bought a Corolla because it was a prominent choice available in the marketplace to those people who aren’t familiar with the relationships among every product of every automaker.

Most people probably aren’t opposed to hatchbacks. Neither are they opposed to keyboard configurations other than QWERTY. They simply go out into the world and only see QWERTY keyboards and sedans, so that’s what they buy. The inventor of the competing Dvorak keyboard layout thought there had “been a conspiracy among members of the typewriter oligopoly to suppress an invention which they feared would so increase typerwriter efficiency as ultimately to curtail the demand for their products” (from the David article above).

I strongly suspect that path dependence explains a lot about our present college education system. I went to college, but I don’t remember why any more than an indifferent Corolla buyer knows why they bought a Corolla. I suspect the same goes for companies that list “college degree required” on their job descriptions. A strong incentive is needed to choose something other than the default. Companies may be able to save money by sifting through non-college graduates for certain positions, but is it really worth the $10k per year they might save?

And if HR saves money on a new hire, how much of those savings does the person who made that decision get? At most companies, the answer isapproximately $0. Where

is the motivation, then, to save money by hiring non-college graduates?

What do colleges teach students? Many classes revolve around the main chapters of a chosen textbook. Textbook writers meanwhile write chapters that professors expect to see there so they will consider adopting the book. As a result, all textbooks in a certain subject look more or less the same. Occasionally, a new book will come out in a subject that looks dramatically fresh, but within a couple editions it converges back to its competition once the author adjusts to feedback from users.

There are feedback mechanisms by which what’s going on in industry affects what is taught, but these are indirect and tenuous. You are far more likely to learn something in a class because the professor is interested in it than because it is expected to be helpful to you in a job. If a professor teaches you something useful for your job, how much extra money will they earn? How much extra tuition can the school collect? 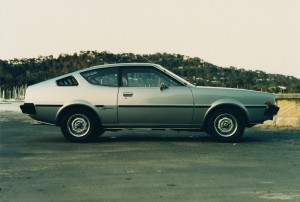