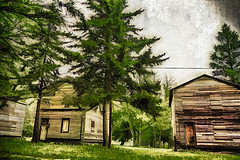 [US1] If you’ve lived or work there, Minnesota may owe you money. But if so, they aren’t telling. Some years ago I found out Deltona owed me money (somewhere between $100-200, if I recall). I found out about it shortly before I found out that it was going to claim it outright. My wife just got a notice from Estacado that the state owes her money.

[US2] Once we get rid of the Confederate emblem on Mississippi’s flag, and the Union Jack on Hawaii’s, I want to go after state seals next. Relatedly, here are some great and terrible flags of cities in Texas.

[US3] How Appalachians and ruralians became the new noble savages.

[US5] America’s true silent majority: German-Americans. I’ve got some German on my mother’s side.

[US6] A peek inside the birth tourism industry. In the greater scheme of things, this sort of thing isn’t likely to involve the kind of numbers to have an effect. 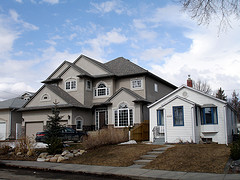 [H1] Erica Barnett looks at new rules in Seattle that would serve to limit density.

[H4] Sweet: Turning a silo into the ultimate treefort.

[H5] Housing in some suburbs are being consolidated, swallowing up multiple more modest homes to make room for mansions. One of the reasons that inequality is more felt in urban and land-scarce areas than elsewhere. {More} 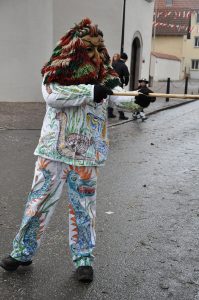 [So1] Varad Mehta says that we can’t let the Wookies win, but Anthony Domanico disagrees.

[So2] Friend of Trumwill Abel Keogh is quoted in this story about sex and the grieving widower.

[So3] It looks like Terry Pratchett will have no successor to write the Discworld novels.

[So4] From Oscar Gordon: Gotta hand it to the Girl Scouts: $100K is no small thing to turn down

[So5] In Mansfield, Ohio, Stranger Danger training has possibly saved children from a nefarious man who got out of his car to wave to his children.

[So6] So what’s the deal with the medieval art with knights fighting snails?

[So7] From Oscar Gordon: And so it begins…

[E1] Ricardo Hausmann argue that the relationship between education and economic progress is more mixed than we think.

[E2] Cleveland State wants its students to graduate on time, and they’re willing to pay for it. As we seek to hold colleges accountable for the results of their students’ progress, there may be more programs like this – and more done to entice the very students most likely to graduate on time. It’s an interesting set of incentives.

[E3] Jane The Actuary looks at College For All, Lee Siegel, and path dependency, with an eye towards Europe’s different expectations for its college-bound than we have.

[E5] Kevin Carey argues in favor of a national university, making heavy use of technology as a way to address runaway costs. This idea might sound familiar to you. The George Washington angle is great. Too bad “George Washington University” is taken.

[E6] The business of fake diplomas. Not those ones from unaccredited colleges that give credit for “life experience”… but rather, completely fake ones from real schools (or, at least potentially, fake ones). I wonder if there’s one I can get for Will Truman from Southern Tech University, to put aside the one with my real name and real institution. 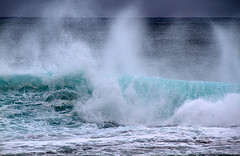 [Sc1] From Oscar Gordon: Cleaning up oil with sugar.

[Sc5] Jose Duarte says that the “97% consensus” on climate change is closer to 80%, and InsideClimate investigates why TV meteorologists are among the dissenters. 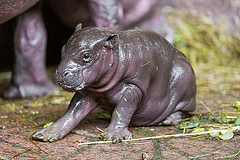 Image by Tambako the Jaguar

[N1] Whenever there is a breakout at the zoo, it’s only the flamingos that get away. Here’s why.

[N2] From aaron david: A facinating tale of hippos in America.

[N3] Huh. Ick. Goodness, gracious. What the hell, mother nature? I mean, what the hell? Good grief: what. the. hell?

[N4] On the other hand, ants are really cool.