Testing the Boundaries of the Minimum

There seems to be a pattern in some of Blue America of testing the boundaries of liberal economic philosophy. In Connecticut, for example, they are testing the theory that states can ramp up taxation as much as they want and the anchor businesses will never leave. If they follow through, and GE and Aetna and others don’t leave, that will demonstrate that being “unfriendly to business” doesn’t actually account for much and corporations will house themselves mostly wherever they want to. 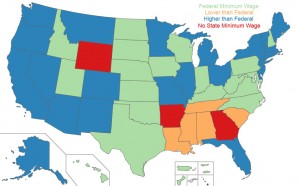 These cities aren’t the best test cases, though, because they’re not typical cities. SeaTac is home to an airport that cannot easily be relocated, and there are businesses around the airport whose business plan involves being right near an airport. Seattle and Los Angeles are among the most expensive cities in the country. So while a success there might inspire San Jose and New York City, they’d tell us less about what, say, Boise should do. Or, for that matter, the State of Washington which includes not just expensive Seattle but less expensive Spokane and a bunch of inexpensive cities in between. Critics are suggesting that the result will be a skyrocketing in rents (and other things) that will ultimately swallow any gains. Which may be true, but that’s a problem that tells us about land-scarce, property-scarce locations and less about whether rents would skyrocket in Boise or Spokane.

One of the interesting things about all of this to me is that Seattle is a done deal and Los Angeles almost is, and nobody is hedging. Both sides seem pretty sure that things will work out as they predict and are not – as I think I would be – talking up how these are special cases and while we can learn from it, it won’t be the definitive judgment on what Raising The Minimum Wage means. From my perspective, if things go along swimmingly, I will start being a lot more supportive of what other large cities should consider, and if it backfires, I will think maybe we need to scale back future minimum wage hikes at least in similar environments.

Not as interesting as it will be, it provides little indication to me over what we should do with the national minimum wage, which applies just as much to Toledo as it does Seattle. The national minimum should be a reflection on the needs of the least expensive parts of the country. More expensive states, counties, and cities can ratchet it up locally as needed. And so if it only ratchets in one direction, start low. Concerns of a “race to the bottom” don’t seem to apply as much when it comes to the minimum wage – which tends to be location-specific jobs – than other areas of labor law and regulation that might push a company to settle in Texas instead of Connecticut. (“Or maybe not,” says the Nutmeg State.)

But you know what would change my mind on a national minimum wage, and convince me that perhaps we can be aggressive when it comes up to moving it up nationally? It if were to succeed in a relatively low-cost state or city. Enter St. Louis:

St. Louis could be the next city to raise its minimum wage significantly, if Mayor Francis Slay has his way.

Slay spokeswoman Maggie Crane on Tuesday confirmed that the Democratic mayor wants to raise the city’s minimum. A starting point for discussion is $15 per hour by Jan. 1, 2020, Crane said, but details are still being ironed out.

A proposal working its way through the Kansas City Council would raise the minimum wage to $15 an hour within the city by 2021.

On Wednesday, the council’s Planning, Zoning and Economic Development Committee is expected to consider Ordinance No. 150271, a proposal that would raise the minimum wage to $10 an hour by September 2015 and, starting in 2017, gradually increase it to $15 an hour. Councilman Jermaine Reed proposed the “living wage” ordinance. 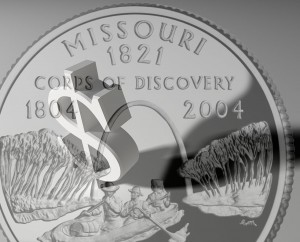 Neither of these two cities are bursting at the seems in terms of population or population growth. Fifteen dollars an hour in either of these cities would be absolutely huge. And if it were not to call a wave of unemployment, it would change how I see the minimum wage. I wouldn’t necessarily sign on to a $15/hr national minimum wage, but I’d look at $12 with quite a bit less trepidation and wouldn’t worry so much about the Puerto Rico example. My belief is that raising the minimum wage would not be a good idea for any of these cities. But man, if I’m wrong about that… man.

It could be, though, that we’ll not find out. First, it’s not entirely clear that state law allows for it. The St. Louis mayor is preparing his legal argument, but this could be little more than legal grandstanding. And if there is any ambiguity in the state law – and there doesn’t seem to be – the state legislature amended a bill banning the banning of plastic bags to prevent locations from raising the minimum wage. Which the governor may veto, but there is nearly a veto-proof majority.

Which, on the one hand, I think is probably good for Kansas City and St. Louis and by extension good for the state that relies on those two cities as anchors. On the other hand, the ratchet. While I would question the wisdom of raising the minimum wage, it seems to me that it’s the sort of mistake that cities should be allowed to make. In order to allow podunk, Missouri to preserve its more modest minimum wage, other parts of the state should be allowed to raise it. I am not a firm believer in local control over all things, but I do think it applies here where local needs can differ so greatly from one place to the next.

Which is perhaps more valorous than the other reason, which is that it might be helpful to watch St. Louis burn without putting the rest of the country at risk.