What’s the Effect of Immigration on Unemployment?

Trigger warning for Saul: Labor is dehumanized and treated as a good that can be bought and sold. STEM sneering.

Since 20 percent of the US labor force is non-American, it should be no surprise that the number of Americans now outside the labor force has increased dramatically in line with the increase in immigration.

This shouldn’t be rocket science. Let’s use a reductio ad absurdum to explain. If 100 percent of the labor force is foreign-born, what percent of native-born Americans have jobs?

Yes, it isn’t rocket science. Rocket science would be much easier. Rocket scientists can actually tell you wear a rocket will go. Economists talk about widgets all the time because the real economic world is much too complex to model reliably.

But we can still work towards an answer to Day’s question.

Sure, some people are might be perfect substitutes for others. This is more likely to happen if you don’t have any particular skills and live near other people with similar attributes to you.

But workers substituting for one another is not the only way in which workers can interact. If it were, we’d live in a pretty sad world (though that’s the world that a lot of people, including Day, mistakenly think we live in).

Certain workers are complements for other workers. I, for example, am at least superficially qualified to serve as a university professor at a business school. I am unlikely, however, to find such work unless teachers of other disciplines exist around me. In fact, I need a lot more than that. To have a chance at finding a job doing the thing I’ve been trained to do, I need English teachers and math teachers and Title-9 compliance people and groundskeepers and a provost and a few deans and lawyers and counselors and admissions people and disabilities testing people around.

The presence of such complements in the labor market isn’t a theoretical idea, either. Empirical evidence for it exists. Adam Ozimek points us to a paper from Peri, Shih, and Sparber [pdf] that notes:

The estimated elasticities imply that foreign STEM growth can explain one fourth of the aggregate productivity growth in the 1990-2000 decades, and possibly 40% of it in the 1990’s. Our calculation attribute to foreign-STEM a yearly TFP growth by 0.30% per year in the 1990’s and by 0.10% in the 2000’s. Just to give an idea, such yearly growth implies that income per capita in 2010 is 4% larger in the US that it would have been without foreign STEM contribution. [emphasis added]

Demand
Workers, if paid, go on to buy stuff. If you have a job, it’s unlikely you would be able to keep working it if other people weren’t consuming your outputs either directly or indirectly.

I know it sometimes seems to require the careful application of a crowbar, but immigrants do spend money. The companies that produce the things that they buy have to hire and pay workers. So, even if you are a Java programmer and an immigrant Java programmer lives in your same area competing for work, that person is still helping keep the people at the local Walmart employed.

I anticipate that another objection might be that immigrants are likely to send at least some of their earnings to their home countries. This can be true. However, if their earnings are denominated in dollars and their home countries use something other than dollars, they still have to exchange their dollars with someone else first. And that party ostensibly has some plans that requires dollars. (And if they don’t, they will in turn trade it on to someone who does.) 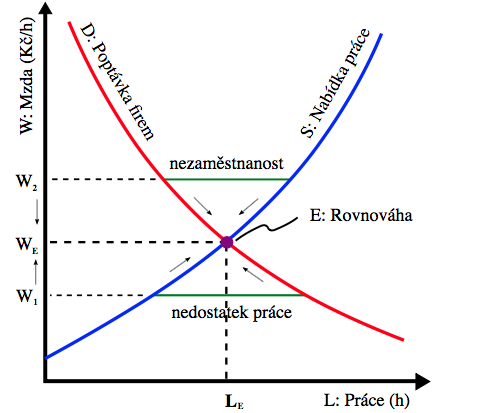 In summary, I would suggest not investing too much confidence in various thought experiments. If you try to simplify things and ask what the world would look like if Mark Zuckerberg died in a horrible blogging accident tomorrow, you’d probably be correct in saying someone would simply take his place as CEO of Facebook. It might even boost employment as the company adjusts.

At the same time, there are a lot of people working today for a company that wouldn’t exist had Zuckerberg not founded Facebook.

On the third hand, many of those people would simply have been employed elsewhere doing other things. This is why it’s hard to make a confident judgment about what any one person’s contribution is, and the problem doesn’t get easier when you try to answer it with respect to large, diverse swaths of people like immigrants.