Manicures and Pedicures are cheap. They are cheap even in very expensive cities like New York and San Francisco. A manicure can cost $10.50 in Manhattan.

The New York Times recently published a story about why manicures and pedicures are so affordable. The answer is unsurprising and depressing. Most nail salon workers speak limited (if any) English and are undocumented immigrants. The nail salon owners often charge their workers 100 dollars for the privilege of working 12 hour days at 30-40 dollars a day. Some workers reported waiting for three months before getting paid. The nail salon owners are often recent immigrants themselves.

We have gone through several discussions about whether more bad jobs is better (morally, ethically, and policy-wise) than fewer good jobs. We have also discussed whether it is better to live in a world with low wages and low prices or high wages and higher prices. I think the New York Times article is proof that job quality and regulations to ensure job quality are basic human rights. The nail salons were able to offer low prices through exploitation pure and simple. I admit that nail salons are probably a low-margin small business but there are plenty of large organizations that are also willing to sell their morality for opportunity.

This is also proof that government is needed to ensure worker safety and decent work-conditions. I don’t think nail salons are going away by forcing them to pay the minimum wage and overtime (or limiting workers to 8 hours a day). Prices for manicures and pedicures will probably go up and that is okay. I don’t know if people spent much time thinking about why manicure and pedicure prices were so low but the answer should be obvious that something dodgy was going on. I wonder how often we choose not to think about things like this semi-consciously because we like the low prices. I am almost certainly guilty of it.

Gabriel Conroy wrote in his post that he hoped bad jobs will lead to good jobs. The question is for whom. Will people in bad jobs gain enough experience to get better jobs down the road? If yes, when? Or will it just create a bunch of management roles that will never go to the workers doing the bad jobs? Why should we view the 100 dollars paid to work as economic opportunity and a sincerely free transaction instead of something that is done under coercion and duress?

Adding a tip jar might give workers some extra money but it doesn’t prevent long hours and bosses getting around minimum wage laws. Government regulation might raise prices but it also raises standards of living for the easily exploited and makes sure that races to bottom don’t happen. I think these are issues that we should consider when deciding on regulations that ensure a decent workplace. I still have not seen much evidence to prove that low wages and low prices are better. The issue is that it is usually the wage of someone else and a college-educated worker just gets to spend less on a service or good. 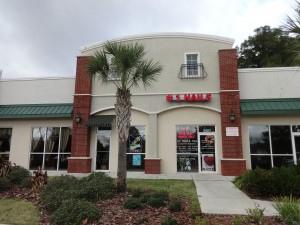