And then, when it was all too much, she turned into pure energy. With the intensity of a thousand burning suns, she exploded. Glass shattered. Walls didn’t splinter. They were simply obliterated. All that was there before was gone.

Except that wasn’t quite what had happened. She was, in fact, in the same room she had been before, atop the same ordinary gentleman she had been before. The only thing different was that he was drenched in a combination of his own sweat and hers. She wouldn’t let herself admit that it smelled like a fresh sea breeze because that had to be her mind messing with her. 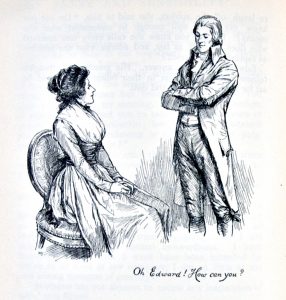 She never knew it could be like that at her age. After hot flashes took over and mortgages got paid off. She thought about it in wonderment even as she hurriedly and expertly removed the evidence. She felt bad for him and his lame attempts to continue making conversation. There was no point to it. She was happily married, twenty-five years his senior, and she had little idea what his relationship was with the other members of her family. He didn’t need to make conversation.

She got back to the party and was able to warmly greet her husband. She had always been faithful to him until that day, and she knew she would be faithful from this day on. It hurt her to know she had hurt him even though he would never know it.

Similarly, she was able to greet and say goodbye to their son. That was necessary. It was his wedding, after all.

In fact, it seemed that there would truly be no consequences to anyone who mattered. She thought that until after her son’s honeymoon was over and she found herself alone with her new daughter-in-law. She felt herself stumbling for words as her daughter-in-law asked about who she had met at the reception, knowing that she would eventually ask about him. The problem with being such a good conversationalist most of the time is that when you do stumble, people take note. She could see her daughter-in-law taking note. There had been something between that young man and this young girl, hadn’t there been? When had that been? His name was bound to come up soon. It hadn’t been a large wedding.

Oh, yes. I think I remember meeting him briefly. He had wonderful things to say about you…Yes, really, he did…He said you were a really good friend. A great friend, even. He even called you the one that got away.