The Bright Side of Short Sellers

I once wrote a defense of Bill Ackman‘s short selling of Herbalife. I argued that for all short sellers get criticized they may in fact be performing a service.

I believe I now have a less ambiguous case to support this thesis.

Whitney Tilson is a hedge fund manager who took a significant short position against the company Lumber Liquidators (LL). He went public and excoriated the company and its management to anyone who would listen. The most alarming of his claims was that Lumber Liquidators was selling laminate flooring that exceeded California’s air quality standards for formaldehyde.

After Tilson made the allegations (backed by testing he had performed), the company doubled down on its product and in fact lowered prices to sell more. (They are “liquidators” after all.)

Eventually, Tilson was able to direct the attention of 60 Minutes to the company. 60 Minutes produced a report that couldn’t have been better suited to Tilson’s purposes. The company responded by offering free indoor air quality tests, which may be of questionable value, to customers. Primary on the page including the offer is this:

These attacks are driven by a small group of short-selling investors who are working together for the sole purpose of making money by lowering our stock price. They are using any means to try and scare our customers with inaccurate allegations. Their motives and methods are wrong and we will fight these false attacks on all fronts.

The narrative holds that short-sellers will deceive since they have a financial incentive to see the company do poorly. And the narrative requires you to stop thinking right at that point.

If you continue thinking and recognize that the company defending itself from accusations has an even bigger incentive to see itself do well. If Tilson is proven wrong, he has a lot of other positions. Most of the management of Lumber Liquidators, in contrast, rely on the company for their day jobs. If Tilson has a conflict of interest, the conflict is only that much greater for the management of Lumber Liquidators. If the worst happens, those people will be barely employable.

It’s easy to sit back and get mad that Tilson has gotten rich off the miseries of a company that was doing just fine before he focused his attention on it. But is it actually preferable that a company continue to sell a product that violates indoor air quality standards indefinitely simply because we find aggressive, public short selling by already-rich people distasteful?

I think it’s worth comparing Tilson and 60 Minutes. Tilson is a hedge fund manager shorting stocks and destroying a business to make a profit. 60 Minutes is a journalistic organization destroying a business and inviting people to watch them do it. They profit from doing so by selling advertising to show to those watching the spectacle. 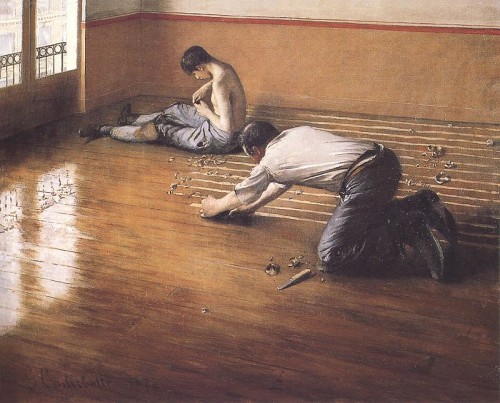