Which Celebrity Offenses do We Forgive?

Mel Gibson made anti-Semitic comments, and they got tons of attention, and generated widespread indignation and outrage, and now his career is effectively over. Floyd Mayweather is said to have bashed his girlfriend’s face with a car door; on Saturday, wearing a mouthguard made of money, he will stride onto a stage surrounded by thousands of cheering fans. He will throw a few (more) punches. He will walk away from the event with more than $100 million. [Vik: Links removed] 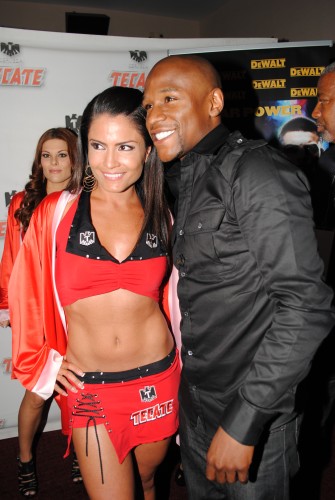 Why do people keep forgiving him? Here are some guesses.

I don’t think #1 is right. We seem to not forgive other things even if they don’t affect the ability of someone to carry out a role

#3 seems to have some support. Donald Sterling was stripped of his team because he said racist-sounding things to a woman. I don’t think we’d have heard anything about it if he had instead beat that same woman up.

But even #3 doesn’t hold up to closer scrutiny. Mark Wahlberg beat up two Vietnamese people, calling one a “Vietnam piece of shit” [sic]:

Investigators noted Wahlberg made several unsolicited racial statements about “g--ks” and “slant-eyed g--ks” at the time. He was arrested, charged with attempted murder, convicted of assault, and served 45 days in prison.

But Asians are a bit different. Maybe that’s why Wahlberg was so easily forgiven?

But his assault conviction was accompanied by another, for contempt for court. That stemmed from a series of attacks he committed two years earlier, chasing and hurling rocks and racial epithets at African-American school children. A court prohibited him from assaulting, threatening, or intimidating anyone because of race or national origin; the 1988 investigation found him in violation of the order, meaning the court believed race did play a role in the attacks on Lam and Trinh.

Wahlberg was a teenager at the time, but attempted murder is a bit much for youthful hijinks. And if we are to use being 16 as an excuse for Mark Wahlberg, why not excuse Paula Deen for having been 67?

One reason might be that Wahlberg’s attacks came before he became a star. Most of the offenses we do not forgive happen post-celebrity. Is it OK to be a violent, hate-crime-inflicting bigot as long as you do it before you become famous rather than after? I think Danny Trejo is awesome even though he had a criminal record before becoming an actor.

Sadly enough, it seems that there are enough celebrities who have gotten into trouble to allow many hypotheses to be tested. We do live in a world where even David Pogue, tech reviewer for the New York Times, was accused of assaulting his wife.

Are there consistent rules being applied? Is it possible to figure out what they are?