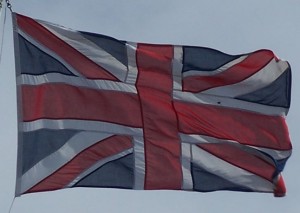 On May 7th, the United Kingdom will be either re-electing their current Prime Minister or electing a new one. On the heels of the Scotland Referendum and what seems to be a significant realignment, this will prove to be one of the most interesting elections in the UK of my lifetime. Probably the most interesting. It goes beyond liberal versus conservative, and lands on existence versus non-existence.

If you are so inclined, take this quiz and share the results with us on who you should be voting for.

The overwhelming coverage of the UK that I have been reading has been that of a nation in distress. The first couple of links appeared on Linky Friday, but I will reproduce them here anyway:

Scotland’s two tribes are more divided than ever – they see reality differently (Alex Massie, The Spectator)

The nationalist advance, it need scarcely be said, is aided and abetted by a Tory campaign in England that has die-hard Unionists in despair north of the Tweed. The idea, peddled by Teresa May, that a Labour government propped-up by SNP votes would be the biggest constitutional crisis since the abdication is the kind of thing to tempt even solidly Unionist Scots to back the nationalists. If you make Scots choose between Scottishness and Unionism the latter will always lose. That seems to be the Tory campaign, however.

Nevertheless, the latest polling confirms that Scotland is two tribes now. Unionist and Nationalist simply see reality differently and there is very little that anyone can do to bridge the gap between these alternate worlds.

The End of Britain as We Know It? (Alex Massie, Politico)

The nationalists believe they have time—and demography—on their side. Only 45 percent of Scots voted for independence last year but the Unionist campaign relied on the votes of older voters aged more than 65 to carry the day. Their younger compatriots voted for change. Of course, demographics are not destiny, but as matters stand, each year the population profile shifts a little towards the SNP.

In any case, in Scotland, this election is merely the first half of the game. Next year’s elections to the Scottish parliament, where the SNP have been in power for eight years, will prove just as important. Another nationalist victory then might make it hard to avoid holding another referendum on the national question. Ms. Sturgeon says there would need to be a “substantive” change in circumstances to justify another “once in a generation” referendum but the thing about politics is that circumstances are always changing. No wonder many Scots fear a so-called “Neverendum.”

The English Threat to the U.K. (Daniel Larison, The American Conservative*)

One problem for the unionists is that they have been making two very different kinds of arguments in Scotland and England, and the one undermines the other. The unionists in the referendum campaign emphasized that independence would be too costly and would leave Scotland worse off than it was. Unionist critics of the ‘No’ campaign complained that it was an uninspired, bloodless case for the union, but it was good enough at the time to persuade most Scottish voters that independence was too big of a risk to take. Meanwhile, the unionist message to English voters is that they should be expected to subordinate their interests to the preservation of the union no matter what. They appeal to an emotional attachment to the union that does not appear to exist for a lot of people in England. The union was pitched to Scottish voters last year as being in their best interest, but it is presented to English voters as something that they must maintain as a matter of duty. No wonder so many English voters are unhappy with the prospect of possibly having the make-up of the next government decided by the election results in Scotland.

Why British politics are even more dysfunctional than America’s (Stephen Collinson, CNN)

Will Jennings, a professor of politics at Southampton University, said the U.K. was caught in a cycle of “huge, pervasive distrust” of political institutions and other traditional centers of power, including the scandal-ridden parliament, print media and the police.

David Cameron became the Prime Minister of the United Kingdom in May 2010, leading a Conservative and Liberal Democrat coalition government. He is the current leader of the Conservative Party.
UK party leaders 7 photos

The bile that poured out at the leading candidates in the question-and-answer session on Thursday was comparable to the assaults American politicians are used to receiving on conservative talk radio and partisan liberal websites. But in the U.S, candidates rarely confront such copious fury from the general public face-to-face.

When South Carolina Republican Rep. Joe Wilson shouted “You lie!” at President Barack Obama during an address to Congress, it was roundly criticized. In contrast, the vitriol at the candidates forum on Thursday night barely raised eyebrows.

The U.K.’s political distemper comes at a consequential time, when the unity of the nation is again in peril from Scottish independence aspirations and support for continued European Union membership is in doubt.

No time for sleep! Dave has just 100 hours to save the country (James Forsyth, Daily Mail)

Miliband, who has benefited from a carefully controlled Labour campaign, had a poor outing at Thursday night’s Question Time session.

His dogged refusal to admit that the last Labour Government spent too much money will have reminded swing voters why they are so reluctant to trust Labour with the economy again. And his failure to shut down discussion about how a minority Labour government might depend on the SNP was telling.

Indeed, the fact that Miliband again felt the need to try to choke off this issue on prime-time TV shows that this Tory attack is cutting through.

Cameron will return to the Scottish question time and again in the next few days as part of his closing argument. As one ally puts it: ‘We’ve got to hammer the SNP thing.’ It is the charge that it is almost impossible for Labour to rebut.

But will a late Tory surge be enough to return Cameron to Downing Street? Even some Cabinet Ministers are sceptical. One told me this week that while he expects Cameron to come back as the leader of the largest party, he didn’t think the Tories would have enough votes to put together an alliance that could command a majority in the Commons. This Minister lamented that ‘in nearly every region, there are a few seats that are in trouble. It makes it very hard to see how David can get back.’

Ed Miliband’s critics hate him for his success (Peter Oborne, The Spectator)

Most people will not agree with all these positions. But there is no doubting Mr Miliband’s integrity or his courage. And he needs these qualities because when you attack powerful interests they use all their influence to fight back.

The Murdoch press is now persecuting Mr Miliband. It is hyping up the attacks on him by big business, while mocking him in a personal way. Recently in a Westminster restaurant I saw a top News International henchman having lunch with David Cameron’s culture minister (and unofficial ambassador to the Murdoch press) Ed Vaizey. The alliance between the Murdoch press and the Tory party, knocked temporarily off course during the phone-hacking scandal, is back in business. Mr Murdoch has powerful allies in other newspaper groups who are desperate to avoid another brave commitment from Ed Miliband — his call for full implementation of Lord Justice Leveson’s recommendations on press regulation.

Meanwhile, corporate Britain is exacting its revenge on Mr Miliband because of his refusal to share the world view of big business. Donations to the Labour party have dried up, so much so that he will have difficulty financing his election campaign.

However, Tory coffers are full to bursting and much of this money is being used to vilify the Labour leader through questionable techniques of vile advertising imported from the United States.

* – I recognize it’s kind of goofy to cite an American publication on what’s going on over there. Larison is riffing off of a Financial Times article that’s actually reporting from over there. However, Financial Times’s copyright policy is such that virtually any blockquote including more than the first 140 characters or over 30 words is or may be considered by them to be an infringement. This runs contrary to fair use policy, but while Larison is willing to take a chance on that, I will simply cite Larison.