A Story of Good Customer Service

Out of nowhere, earlier in the week, my Note 4’s camera went on the fritz. Basically, holding the camera reasonably steady, photos started looking like this: 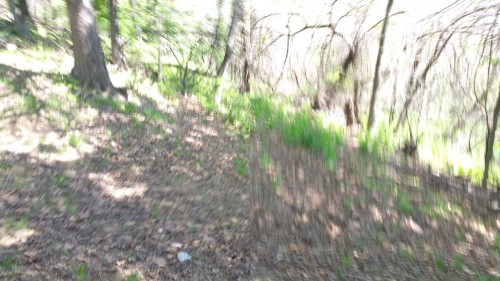 It was doing this across different camera apps (“A Better Camera” is a good app, if you’re curious), suggesting that it wasn’t a minor software glitch.

Now, there are some features on my smartphone I can do without. For at least a little while. The camera, at this time in my life, is not one of them. The ability to take pictures in a matter of seconds is very important when you’re the father to a two-and-a-half year old girl who happens to be the cutest and most amazing in the universe.

So I found myself wishing that if some core functionality had to go, why couldn’t it just be the ability to make and receive calls?! That I could do without for a while as I try to figure out what the problem is. But camera? I might as well switch to the S5 I use as a backup. That would also allow me to do a factory reset of the Note 4. Which I did, and the problem persisted.

The Quality Assurance dude in me appreciated that the error was so reproducible. Reliable errors are the best errors. But what to do? This was evidently a hardware problem.

My childhood best friend words at Problem Resolution at Verizon, my provider. So I asked him what to do and he recommended I call Verizon. Which I did. And let me tell you a thing or two about their customer service…

It was friendly, sometimes exceedingly so. The woman acted like a dead phone was the Worst Thing In The Universe, even though I was pretty nonchalant about it by the time I called them. This is what I keep the S5 around for.
It was helpful. While we were waiting, she took the opportunity to look over my account. I feared having to fend off some upselling, but she actually tried to downsell me, informing me that we are on a much higher plan than we need to be. I appreciated it, but our use is erratic and I never want to be in the situation of scrambling to upgrade again, even if it costs a bit extra per month. I like not having to worry about it, but it was great that she asked me about it while we were killing time.
It was helpful. I had a problem, with a minimum of fuss and didyatrys. I was kicked up once, but it was pretty quickly established that they would have to send out a new phone.

This could all go to pot if – after I send them my present phone – they say something like “the warranty isn’t valid because you damaged the phone” (I didn’t). It’s also, by a stroke of luck (and Verizon’s stiff measures) not rooted, which kept the warranty valid through no choice of my own.

So the phone is going to be arriving this weekend. I want to be excited about it, because I always love getting new stuff, but this is going to be the exact same phone I currently have (albeit with a working camera).

In the meantime, I am reminded why I upgraded from the S5. If you’d have told me five years ago that I would be upgrading from a phone with a 5″ screen because the screen was too small, I’d have thought you were crazy. I can’t wait to know what kind of phone I will have five years from now. (Though, alas, it probably will not have a removable battery. Sigh.)