Questioning the Bad-Apple View of Policing

We’re told that the majority of police are good. There are only a few isolated bad apples who get all the attention.

What if that’s not actually true?

Even before looking at evidence, it’s worth noting the assumption made by such a framing. Namely that people are either all good or all bad. There are good police who never do anything questionable or wrong, and there are bad apples.

There’s another possibility. It’s that the police generally behave well, but in certain situations almost all of them are capable of what we on the outside would consider great evil.

Consider the Rodney King beating. It is unlikely that a bunch of bad apples got together ahead of time and conspired to be the only ones on the scene.

This doesn’t seem to be much different:

How did all these bad apples find each other? How did they keep the good police officers away?

After bad apple Michael Slager shot an unarmed man running away from him, why didn’t he seem scared that his fellow officers standing around him in the video would report what happened? Why did they simply watch him as he placed his Taser next to his victim? Why didn’t they make an effort to save the victim? Are they all coincidentally bad apples? Even if they were, why wasn’t Slager worried that they might not have been? Why does he seem to have no doubt that they would help him cover up the murder he just committed?

The fundamental attribution error “is people’s tendency to place an undue emphasis on internal characteristics to explain someone else’s behavior in a given situation, rather than considering external factors.” We see Slager kill a man and say it is because he is a rotten person. This allows us to prosecute him and pretend that everything will now be fine.

Consider instead that maybe most police officers are nice and helpful when you are polite and they are not threatened. They will give you directions and maybe help you change your tire. They will give you advice and do welfare checks on the vulnerable. They probably won’t just shoot someone in the back. 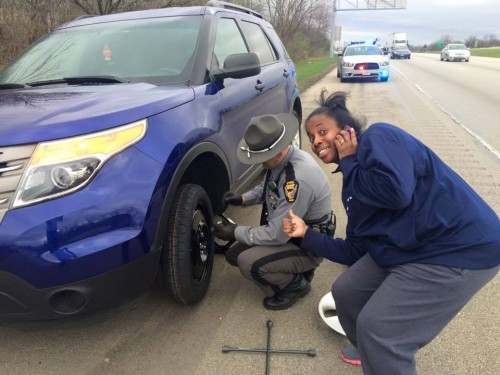 But maybe that wouldn’t prevent those same officers from covering for a colleague who shoots someone in the back. Maybe they will join in if they see a fellow officer hitting a suspect. After all, maybe the suspect could still get up and kill them or their fellow officer. From a certain perspective, this loyalty to one’s fellow officers is another form of goodness. Aren’t good people loyal to the people they work with?

And maybe another form of goodness is harassing people who you think should be harassed when you’re in a city you perceive as dangerous. Are these bad apples or just people with a very flexible notion of what good is?