Why Republicans Will Have a Hard Time Gaining Asian Support

Did you know Will Truman makes two separate editions of Linky Friday? There’s the ordinary Ordinary Times one, and the HitCoffee one with links that are too hot for OT. This week’s edition includes this sentence:

If the GOP can ever become competitive in urban politics, their coalition will likely need to involve Asian-Americans.

We are in some ways, but we don’t think the Republican Party thinks the same. This will be difficult to fix. (I, of course, speak for all Asians.)

Back in the 80s and 90s, I didn’t know the Republican Party had anything to do with religion. The 90s version of the Contract With America didn’t have anything about Christianity that I remembered.

The difference is that at least some Republicans say they would never vote for a non-Christian. This gives me pause. It’s not that I want their vote. It’s that I’m now aware of how different we really are. Republicans have spent the last 15 years saying allegiance to Christianity is the most important thing to them. While I share some of the values, I do not salute to that particular religion.

Politics is a lot more about who you see yourself aligned with culturally and socially than about this or that particular position. (Ask any minority.)

When we hear people who say they are Republicans say they don’t want non-Christians around, that feels like a bigger problem than disagreeing on abortion. Religion is identity; abortion is just a platform position.

When the Tea Party first erupted, I thought for a moment that things might change. For a few months, it was mostly tied to this rant by Rick Santelli.

Rick Santelli and the "Rant of the Year"

The Tea Party originated as a secular phenomenon. It was borne out of frustration with two presidents and two congresses who never found a campaign contributor they couldn’t afford to bail out.

For some glorious months, the Tea Party was synonymous with dissatisfaction with the bevy of bailouts handed out by Washington. Remember bailouts? The government shouldn’t be in the business of insulating rich people from their mistakes, yet that is what Republican and Democratic presidents alike had spent their years doing.

Then, the Tea Party web sites appeared. Groups were formed. Leaders were chosen. The Tea Party gained a platform, and it was the Republican platform except with many more references to Christianity. By the time Mitt Romney picked a running mate that would appease the Tea Party, he chose Paul Ryan, a man who voted for every single bailout.

If you want to appeal to Asians and brown people, please do not send us Sarah Palin and Michelle Bachman. The problem isn’t their positions; it’s that we suspect they would in fact take some internal satisfaction in not getting our vote. We feel that they feel that we are the wrong kind of people.

This isn’t true of all Republicans. I would guess Chris Christie has Indian friends. (He lives in New Jersey. How couldn’t he?) Still, since this is an issue of identity and not of policy, one Bachmann is able to poison several wells.

I can’t think of a better piece illustrating the importance of identity with party affiliation than Rany Jazayerli’s in the Washington Post. Jazayerli explains how despite agreeing with a lot of Republican messaging, he feels they are unwelcoming.

At one point, I might personally have felt indifferent to how people treat Muslims. I now care a lot. Consider the likely views of the people who attended this rally:

The fundraiser, then, attracted a crowd of protesters that lined up outside the banquet hall to give those who attended a piece of their mind. They held signs that read “ICNA supports Hamas and Hezbollah.” (Hamas, homeless shelters…they do sort of sound alike.) They also held signs that called the Prophet Mohammed “a pervert” and “a child molester.” The chant “GO BACK HOME!” was a continuous drumbeat as attendees filed in. (Go home to where? Anaheim?) A Muslim man who had the audacity to film the protestors was greeted with calls of “You beat your women and rape your children!” Other catcalls included “One Nation Under God, Not Allah!” and “Never forget 9/11!” and “Your hands are bloody!”

The protesters were a motley crew of locals and also included three elected Republican officials, two of whom, Ed Royce and Gary Miller, were congressmen. All three officials addressed the gathering mob outside.

The most explicit comments, though, came from Villa Park Councilwoman Deborah Pauly, who also spoke at the podium. “Let me tell you – what’s going on over there right now,” she said, as she pointed to the banquet hall, “make no bones about it. That is pure, unadulterated evil.” She continued, “And I don’t care. … I don’t even care if you think I’m crazy anymore. I have a beautiful daughter. I have a wonderful 19-year-old son who is a United States Marine. As a matter of fact, I know quite a few Marines who would be very happy to help these terrorists to an early meeting in paradise.”

I am not Muslim, but I have absolutely no confidence that these people would not confuse me for one. Even if I thought it were wise to join them and make common cause against Muslims, I imagine they would be suspicious rather than welcoming.

Stories like this make me want to make common cause with Muslims against these people who make others feel like permanent outsiders to a culture they want to be a part of. I can empathize with wanting to be part of that culture too. I can’t empathize with the idea that my son and his friends should kill people of a different religion. 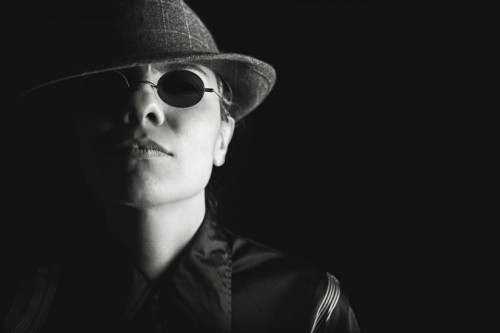 One of their biggest complaints is that immigrants use foreign languages in the United States. Both legal and illegal immigrants do this. If your problem is the languages people are speaking, then it’s the “immigration” part of illegal immigration that you have a problem with. It’s not their legal status. It’s not their race. It’s culture, and Asians are on the wrong side of that fence.

It’s not that we can’t like Republicans. It’s that we can’t see most Republicans liking us. We like the high-level Republican ideal of being left alone, but obsessing over what languages other people are using is the exact opposite of that ideal. If a party’s members tell us we lack the religious beliefs to be good people, why would we vote for them?