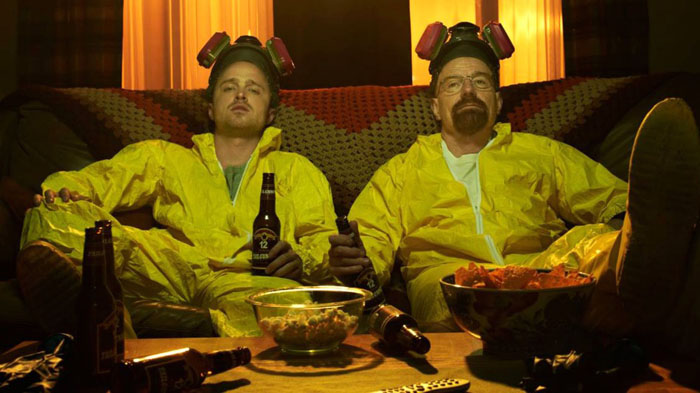 I’ve never been big on the prospect of “unbundling” as I’ve long believed (and still believe) that the savings (including for non-sports fans) are often over-stated or non-existent. And… even if it does save money? Even that might not be such a great thing, depending on your perspective. Along those lines, even though I believe that cord-cutting will save money, the amount there too is overstated and could come at tremendous costs

The first is on Viacom’s $785 million write-down, more than half of which was due to the falling value of reruns like “CSI,” “Community” and “30 Rock.” With advertising soft and people shifting away from cable, filling screens with a continuous loop of episodic dramas is no longer as lucrative as it once was.

This has a lot of implications: The value of those sorts of shows may fall, and if you are, like me, more of a fan of original programming that has longer story arcs, you may hope that this means more of the stuff you like and fewer police procedurals. (I still like me a good “Law and Order” marathon.) As well it may. But those cheap reruns also keep networks going during the day, when it doesn’t pay to run original content — and losing the revenue from cable syndication may mean producers demand more money to sell the rights to Netflix. In the long run, that could mean your Netflix subscription costs more.

As I say in conversations about piracy, one way or another, content-producers need to get paid. Television and film are not like music, where a relatively small fraction of the money made goes into production costs. And while high actor salaries play a role (and those could theoretically be cut with minimal loss of production value), there is reason to fear that if it does save of money, it will come at the cost of The End of the Golden Age of Television:

It has been the worst year in recent memory for cable networks, with MSNBC, the History channel, Bravo, BET, USA Network and Comedy Central all seeing double-digit declines in audience this year. In March, cable ratings were down about 10 percent from the previous year. With new streaming services stealing away viewers, cable TV has been hit with a Darwinian shake-out where only the most popular networks, such as HBO and ESPN, are able to find paying customers.

Web streaming is upending the neat arrangement long enjoyed between TV channels and cable providers such as Verizon and Comcast. Verizon pays ESPN and other channels a certain amount to carry their programming, a cost that gets factored into customers’ monthly bills. But with consumers complaining about paying for too many channels and switching to online streaming alternatives such as Netflix, cable firms are feeling the pressure to cut costs — and even drop channels, especially those with plummeting ratings.

The swift decline in cable has been particularly harmful for Viacom, which typically presses cable distributors to run all of its channels — including MTV, VH1, Comedy Central and Nickelodeon — or none of them. The company announced this week that it will cancel some shows and lay off staff as part of a broad restructuring plan.

A retraction of television shows, if it occurs, could be the worst of multiple worlds.

It used to be, back in the day, that there were only three major networks. Then four, followed by various attempts of varying degrees of success, but it was mostly the big three and Fox. Before cable (and even for a while after cable came around), everybody was watching those shows and so there was a cultural quality to it. The end of MASH being the quintessential example, along with Who Killed Laura Palmer and Who Shot JR, and more recently the end of Cheers and Seinfeld. Since then, the fragmentation of television audiences and the DVR have cost us some of that. But even if the number of shows goes down, we’re not going to get it back. Partly because we will still have DVR and binge-watching with us. But also because what we watch is likely to become much more constrained. You might have CBS’s service at the moment, while Bob from Accounting is watching stuff on Netflix. There would be no central clearinghouse like cable and satellite. And at the same time, it wouldn’t completely be unbundled anyway. It’s just that instead of CBS selling x-number of channels of varying value to Comcast, they’ll be selling the same number of channels directly to consumers (If you want Comedy Central, you also buy Country Music Television).

Or maybe they will find a way! There seems to be a psychological need to develop original content. A potentially glorious irrationality. I’m not even convinced that they have to really make money doing it. In the content business, nobody wants to be stagnant, and original content seems like a likely extension of that. Or alternately, we will see a proliferation of good but not quite so expensive productions. Or some combination of the two. That’s what I’m hoping on, anyway.