How Your Kid Can Make a Good Science Fair Project

A long time ago, I proposed that we reserve the word “science” for the body of facts that scientists have discovered and “testing and discovery” as a separate term for the process scientists use to verify old facts or uncover new ones. The latter is what science fairs are supposed to be about. 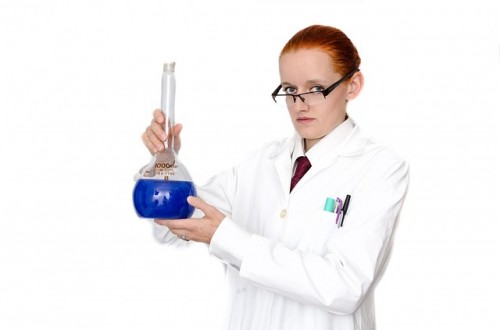 The Atlantic has a piece on the many issues with the science fairs as they are conducted today. It is too harsh in its condemnation. It treats science fairs as a driver of education inequality as if rich people don’t help their kids with other aspects of their educations.

The piece, however, does identify some things that are broken. Students get no direction on what testing and discovery are and how to conduct a project. I think this is by and large because teachers don’t know themselves. A lot of university professors lack an intuitive grasp of it. I review academic papers that seem to follow the same motions of a typical science fair project. They present a hypothesis, collect some data, and find that the data is consistent with the hypothesis. But those are the most superficial aspects of testing and discovery. You can do each of those things without having found out anything.

Let’s start off with an example from the article of what not to do.

…I spent over an hour building a model of DNA out of licorice and gummy bears.

That’s an illustration, not an experiment. Illustrations have their own merits, but it doesn’t qualify as any of the three things the author’s child was instructed to do:

developing a hypothesis and conducting an experiment to test that theory, inventing something new, or researching “something specific.”

Of these options, only the first is testing and discovery and is the type of project that is the focus of this post. The second is engineering, which is awesome in its own way, but I won’t discuss it here. The third is for people who can’t fathom doing either of the first two and just want to get the whole ordeal over with by doing a book report.

Your kid wonders whether a particular room is empty or not and then opens the door to check.

The reasons this qualifies as good testing and discovery is

That’s it. That is the heart of testing and discovery. Do not discount it.

I realize this won’t fly as a submission to the science fair. However, that’s only because no one else cares. If the room was at Area 51, you’d be in business since people already care about that. Or you can find a question no one thought to ask, but having asked it they now care. For example, “does the school principal have any communicable diseases?” People will definitely stop at your project and look at the results. Find evidence to distinguish between the multiple possibilities posed by an interesting question, and your project will be the talk of the fair.

Let’s look at a common, terrible project I’ve seen many times at science fairs and see what we can do to fix it.

You take a battery, some wire, and an iron nail. You wrap the wire around the nail, connect it to the battery, and observe whether the nail becomes magnetic. Your hypothesis is something like:

A nail, battery, and wire can be used as a magnet.

And since it works to pick up a paperclip, you declare your hypothesis verified and make your poster.

This is not testing and discovery. This project doesn’t stem from genuine curiosity. Your kid didn’t start off asking “I wonder if a nail can be made into a magnet”. You or some book said that it could, and then your kid followed the recipe.

The experiment doesn’t differentiate between possible ways the world could be. Let’s say the nail doesn’t become a magnet. Is your hypothesis now falsified? No. You haven’t learned anything from your failure.

Once you have an I’m not sure, you have two options. The ideal one is that you research the answer in books. Then, you again probe for the next knowledge boundary. If you do this enough times, you will have a project that is not only testing and discovery, but also novel research that perhaps could be published in a science journal.

Does anyone else care about the results? Of course! Electromagnets have a lot of uses. If you could make a stronger one or weaker one, that could be helpful.

That’s all there is to a good science fair project. To actually win competitions, you child will need to put in more work and do more research to fill in knowledge gaps, but the essential process is the same and will remain the same more or less forever.