Liveblogging my Reading of “In College and Hiding From Scary Ideas”

Note: This is an experimental post. It was written in one-read through and later copy-edited and a hyperlink added. Please let me know if you hate it in the comments. All excerpts are from this New York Time’s article.

[A] student group had organized a debate about campus sexual assault… Brown’s president, Christina H. Paxson, announced that the university would hold a simultaneous, competing talk to provide “research and facts” about “the role of culture in sexual assault.” Meanwhile, student volunteers put up posters advertising that a “safe space” would be available for anyone who found the debate too upsetting.
The safe space, Ms. Byron explained, was intended to give people who might find comments “troubling” or “triggering,” a place to recuperate. The room was equipped with cookies, coloring books, bubbles, Play-Doh, calming music, pillows, blankets and a video of frolicking puppies, as well as students and staff members trained to deal with trauma.

That sounds infantilizing, and in fact borderline offensive to students.

Emma Hall, a junior, rape survivor and “sexual assault peer educator” who helped set up the room and worked in it during the debate, estimates that a couple of dozen people used it.

I’m pushing 40 now, but I do still try to keep an open mind. I’ve never been sexually assaulted, so it wouldn’t be all that surprising to find out that I don’t understand the psychology of such assault victims all that well. If a couple dozen people made use of the safe space, then maybe that means the safe space ought to exist, and I should revisit my assumptions.

Once you designate some spaces as safe, you imply that the rest are unsafe. It follows that they should be made safer.

Yes, I suppose that’s a concern. But it’s easily subverted. Call spaces that aren’t safe spaces “free spaces” where it should be considered OK to say things that might be hurtful. It isn’t obvious that all free spaces should be turned into safe spaces.

Or use the labels used by student Adam Shapiro in the article. “Therapeutic spaces” versus “intellectual spaces” if you seek to avoid the loaded language of the “safe” and “free” labels. Give that student some bonus points.

Though now that I think about it, what’s our indication that students want safe spaces? A single student estimated that a couple dozen people used a room set up as a safe space. A room that was stocked with cookies. And pillows and blankets and puppies? If anything, a couple dozen students sounds like a low turnout. This is why in experiments we have controls available and only change one variable at a time. Fish. This is what I get for keeping an open mind. I’m never going to do that again.

…while keeping college-level discussions “safe” may feel good to the hypersensitive, it’s bad for them and for everyone else. People ought to go to college to sharpen their wits and broaden their field of vision.

Exposure to certain types of dangers might build a type of immunity as suggested here, but in others it might exacerbate sensitivity. In fact, I think my understanding was that the latter was characteristic of PTSD. Maybe we should expose students to firearms so that they learn to how to navigate a firearm-rich environment. Or we should expose them to various types of drugs so that later when they are confronted with drugs in real life, they’ll be prepared. The author has presented an argument that proves too much.

It’s not always a good idea to keep students away from any sort of danger, but it is possible that there are certain students that certain dangers could hurt. And if a set of students go out of their way to tell you exposure hurts them, maybe you should err on the side of believing them.

Instead of trusting what students have to say about themselves, a lot of teachers, almost all of whom lack any clinical psychology expertise, insist that uncontrolled exposure therapy is the best way to deal with trauma. And exposure therapy is coincidentally also the therapy that requires them to make no changes. Funny how it worked out that the best solution is the one that requires no work from the people offering the solution. 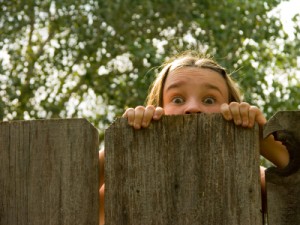 Students probably should do what they can to become comfortable with these things. They should probably have a goal of becoming people who aren’t triggered by discussions of important things unless they are content with not having any input into that thing which is important. Overcoming triggers would be a healthy step for them. But that should be their responsibility. And possibly their psychologists’. Most larger universities seem to offer free psychologists to students. Why not ask them what we should be doing?