[N1] From Glyph: File under “nightmare fuel, to rival Quint’s monologue about the USS Indianapolis’ sinking”

[N5] That the dude claims to have had sex with a dolphin is creepy. That it allegedly lasted a year? Not mitigating.

From Michael Cain: I wonder how many places there are where this particular piece of technology is legal?
dc t-shirts
[V2] From Mad Rocket Scientist: Guns, gangs, and the Glawk 40: A primer on street gangs and how they get arms

monster energy hoody on sale
[V3] Here’s a good interview on the aftermath of a (justified) cop shooting, and the toll it took on the shooter.monster energy shirts sale

[V5] California Sunday magazine has an in-depth look at the 43 Mexican students who went missing, and the change that may occur because of it.

[C1] My favorite description of The Breakfast Club is that it’s about a bunch of stereotypes complaining about being stereotyped. Anyway, Derek Thompson writes about cliques, wondering why they vary from school to school.

[C2] Ann Friedman explains what it’s like to be a 6’2″ woman. I have to confess to being a little bit glad that Lain doesn’t appear to have really picked up our height genes (yet).

[C3] Clickhole tells the inspiring story of young Alex Lambert, who overcame bullying by changing those aspects of his personality that were causing other kids to pick on him.

[C5] This is a great story. Men suck. Women are awesome. Maddox begs to differ, though, and perhaps makes a good point. 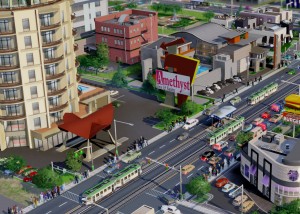 John Sanphillippo advocates “Good Enough Urbanism.”
monster dc clothing
[U2] SimCity has a homelessness problem. Or does it?

[U3] Yay Brutalism! (And on Hit Coffee I explain why.)

[U4] John Tammy argues that cities persevere not by keeping industry as much as through flexibility.

[U5] The haunting beauty of Tokyo without advertisements.

[G1] From Mad Rocket Scientist: Let’s stop using the word Taxpayers, because the GOP likes to use it as code for people who, you know, pay taxes. If we stopped using words that our ideological opponents use in ways we don’t like, it becomes a race to the bottom.
monster energy clothing cheap
[G2] From Mad Rocket Scientist: New Jersey Bias Law found unconstitutional. The discussion at Simple Justice about this is just… wow.

[G4] From Mad Rocket Scientist: Cisco is offering to dead drop hardware so the NSA won’t flag it & intercept it.

[G5] I’m not sure anything else in 2015 sums up how vacuous the political dialogue is than those making hay out of Ted Cruz signing up for PPACA. It’s not hypocritical, it’s not ironic, and it’s not even particularly humorous (though neither is it “that’s not funny” not funny… it’s just unfunny). Nor is it an example of PPACA stepping up to the plate where he would have fallen through the cracks (or been forced to use COBRA) prior to the passage of the law. PPACA took away the previous congressional health care option and replaced it with PPACA. So now that he’s not on his wife’s plan anymore, he’s on PPACA, because that’s how the law said that congress would get its employer-provided insurance.

[G5] New Mexico is tightening up its asset forfeiture program. It passed unanimously in both houses. Alas, a veto-proof majority in Wyoming fell apart after the governor vetoed a similar measure there. {via Mad Rocket Scientist}

[G6] When politics and humor intersect, this cartoon seems to be the inevitable result.