How I Think You Should Try to Get into an Elite College, Part 2

I wouldn’t ordinarily get into this, but the LA Times unveiled some dirty laundry, and it needs context:

Lee’s next slide shows three columns of numbers from a Princeton University study that tried to measure how race and ethnicity affect admissions by using SAT scores as a benchmark. It uses the term “bonus” to describe how many extra SAT points an applicant’s race is worth. She points to the first column. African Americans received a “bonus” of 230 points, Lee says.

She points to the second column.

“Hispanics received a bonus of 185 points.”

The last column draws gasps. Asian Americans, Lee says, are penalized by 50 points — in other words, they had to do that much better to win admission.

No citation is provided, but I read what I think is probably the referenced study when it came out. I know some people were surprised, but I wasn’t. College-level affirmative action exists for the following purposes

“Everyone is in orchestra and plays piano,” Lee says. “Everyone plays tennis. Everyone wants to be a doctor, and write about immigrating to America. You can’t get in with these cliche applications.”

There is reason you have all those accomplishments and talents. It’s because your parents practically force-fed them down your throat. If they did a good job, it didn’t feel like that was what was happening and you actually began to like it. When I was growing up, it felt like I just naturally loved math. It was only later that I realized that my parents had taught me all the math before I learned it in class, so I when I was actually in class I got to feel smart in class, which I didn’t experience in other subjects like English. Am I naturally good at math and not as good as English? I don’t think that can ever be known.

If you have family who is making music training and tennis lessons and computers available to you, you probably didn’t do much yourself to deserve it. Your parents certainly own more of the story about your family immigrating to America than you do.

This point is especially salient in my mind right now having just adopted a young girl from China. There are other girls in her orphanage who will likely spend their entire lives there. Our daughter has instead been plucked out and will live in a college town a visiting friend once described as “ridiculously picturesque” with two people who are willing and capable of indulging her with whatever learning opportunities she wants to pursue(1).

We don’t plan on using corporal punishment, but she will lose one stuffed panda each time she chooses to complain about the unfairness of being Asian.

You can’t do anything about it.
You’ve probably seen the Serenity Prayer:

That’s one way to say it. I’d have said:

Only losers obsess about factors they can’t change.

Military strategists seek the high ground. (I assume this is no longer universally true, but roll with it.) If they fail to get the high ground despite their best efforts, do they give up? Do they complain that the battle is unfairly stacked against them? I would guess that that is what some of them do, but those that do are perhaps less likely to survive that those who quickly and completely accept what is true and work from those constraints.

You want to be this latter kind of person. Play the game fully from the position you occupy. Don’t complain about the rules as you do so. Unless you can stop being Asian, accept it as a constraint (or even as a privilege) and plot your next moves. Did I mention only losers obsess about factors they can’t change?

I have an Asian friend who came to the US for political asylum from Cambodia. As near as I can tell, she didn’t get any of the unearned advantages spoken of by the LA Times, but when she applied to college, she was still considered “Asian”. As far as I know, she has spent zero time complaining about this situation. She’s never mentioned it to me, anyway. Instead, she went to a state school, kicked ass at work, and now makes more than $250k per year at the company she started after the prestigious consulting company she was working at decided they didn’t want to make her a partner. 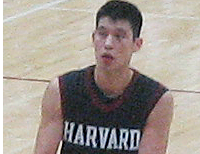 50 SAT points isn’t actually that much.
If you didn’t get into Harvard as an Asian, you probably wouldn’t have as a white candidate either. Don’t overestimate your knowledge of who does and doesn’t get in. Own up to your performance. Also, even if you really want that Harvard brand, consider graduate school. I only know one person who went to Harvard for undergraduate studies, but nearly a dozen who went there for graduate school or a postdoc or something else to get that scarlet H on their resumes.

(1) As long as they lead to some kind of engineering.