[Pr1] From Tod Kelly: A fascinating story of flatworms, the nature of memory, the fickle judgement of science, and the Unibomber.

[Pr2] From Mad Rocket Scientist: I’m not even entirely certain how this works. I’m assuming the polymers that are added to the mix allow the mix to retain the printed shape until water can be applied, kind of like Shape Sand.

[Pr3] Tim Lee says that the in the future, cars will be extensions of your smartphone. This is long overdue.

[Pr4] Introducing a bus that runs on poop.

[Pr5] I have a question for Apple/iPhone peeps: Is it really that hard to selectively turn off app notifications on the iPhone? 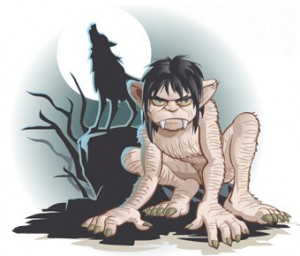 [Cu1] Karol Markowicz, Soviet-born but American raised, watches The Americans. (Please be stingy with unrot13ed spoilers, as I have not yet seen anything from the new season.)

[Cu2] You may laugh at this, but when werewolves stop at the Georgia state line, you won’t be laughing then.

[Cu3] Here are nine names on the verge of extinction. I’m partial to the name Villan, though I’d go with Miracle in a pinch if I were a salesperson.

[Cu4] Vamien asks and answers the question of whether Arrow is a huge rip-off of Batman. The answer is the affirmative. When watching the Arrow-Flash crossover, it very much made me think of the Batman-Superman relationship.

[Cu5] From Tod Kelly: The surprising history of Monopoly, including the little-known knowledge that the game was stolen from the actual creator — and about an original rule that would have rewarded players for “spreading the wealth.”

[Cu6] From Tod Kelly: The ethics of crowdfunding your medical bills. Related, medical expense crowdfunding appears to work quite well for those uninsured political celebrities who lobbied hard against Obamacare.

[Cr1] While Stand Your Ground laws can go too far, sometimes the laws governing how we can protect ourselves go too far in the other direction. In both The Practice and Boston Legal, there were episodes relating to a burden of proof for self-defense that I found troublesome, as their freedom depended on whether or not they could demonstrate that the deceased was moving in their direction.

[Cr2] Orleans Parish is prosecuting a witness who recanted his testimony from a 20-year old murder case. I doubt Washington Parish will be similarly inclined in this case…

[Cr4] From honors student to hired hitman, the classic 2012 story from the New Yorker.

[Cr5] Judges in Alabama are so intent on keeping the death penalty alive that they’re willing to overrule juries to send white people to Death Row. 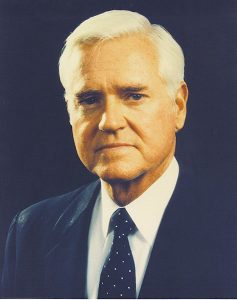 [Po1] Cobb appraises the Giuliani-Obama conflict, saying “really revealing itself in this battle of blather is how much the American electorate has been reduced to bickering over symbols.” What it made me think of is how we’ve turned out leaders into symbols.

[Po2] I attribute one of the dumbest things ever said in politics to Fritz Hollings (D-SC), and his work on copyright has lead to infuriating results, but be can be so dang earnest sometimes. (No pun intended.) I can’t reveal it, but there’s a touching story involving him and someone that I know.

[Po3] Whether you are in favor of Teach For America or against it, a new study backs you up.

[Po4] The administration has backed off plans to ban a particular kind of bullet for the AR-15 that the police said criminals didn’t really use. {second link via MRS}

[Po5] Mickey Kaus quit the Daily Caller after they spiked a piece of his critical of Fox’s “weak” stance on immigration. I am, at times, tempted to roll my eyes at the paranoia at the anti-immigration crowd. But then I remember: the deck is stacked against them, and everybody important on their sidewill likely betray them, if given the chance.

[W1] This article, explaining how much Monsanto could possibly stand to gain from the unrest in Ukraine, makes me wonder if Monsanto won’t become the new Big Oil in the cultural map. Monsanto does seem to be popping up more frequently as a villain on television.

[W2] Anne Applebaum says that Britain is retreating from the world stage, and the world is worse off for it.