A Point in Favor of a Bobby Jindal Presidency

[In Mandarin]
Random Stranger: “Where is he from?”

Some version of this has happened a dozen times, always with Obama being part of the sensemaking. There are plenty of NBA games broadcast here, so they must have known that black people exist in America. But there are also black people on the Chinese basketball teams, so I can understand why they wouldn’t take the NBA as evidence that non-whites exist in large numbers in the U.S.

A president is different. Chinese know that Americans vote for their president, so a black president getting elected means something to to them that the popularity of Chris Rock never could.

I’m really not like Obama, but I confess that it’s an unexpected perk of his presidency that I can go to China and people find it plausible that I’m an American. I can understand why people might be surprised by my identity, but that understanding doesn’t make my subsequent attempts at justifying myself any less exhausting. And I’ve never been secure enough in my self to suppress my instinct to be offended by the line of questioning.

So, thanks, Obama. You’ve made visiting China a little better for me.

But the same issue still exists within the US, though mostly when I stray from major metropolitan areas. White Americans are race-savvy enough to not make the categorical error of thinking I’m like Obama. 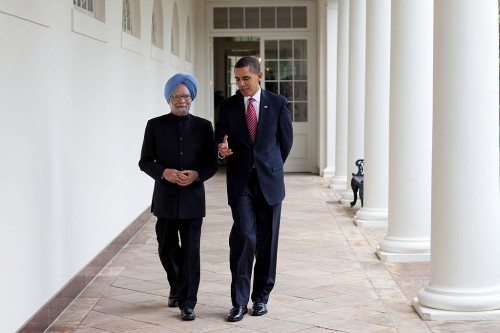 And that makes me wonder what could a Bobby Jindal presidency do? If he became president and people understood at least the broad strokes of his history, would I get an “Oh, you’re like Bobby Jindal”?