Like Surfing, or a Water Park Ride, But Different

So it snowed a little bit today, but mostly it was cold and rainy. When I went to the store, I had to pull over because rain was falling on the windshield and immediately sticking, to the point that after a couple of miles, I couldn’t see anymore. I ended up turning on defrost to the maximum. By the time we got the store, Lain and I were both sweating and she was crying from the heat. But I could see!

That’s not actually the story that this post is about. The story is…

So Clancy is spending the night at a neighbor’s house. About one tenth of a mile from here. Worry not for the Truman-Himmelreich marriage. She’s there because she can’t get here. She drove up our street, which has an incline, and the car decided that it could go up no further and decided to go back down again.

This is the incline: 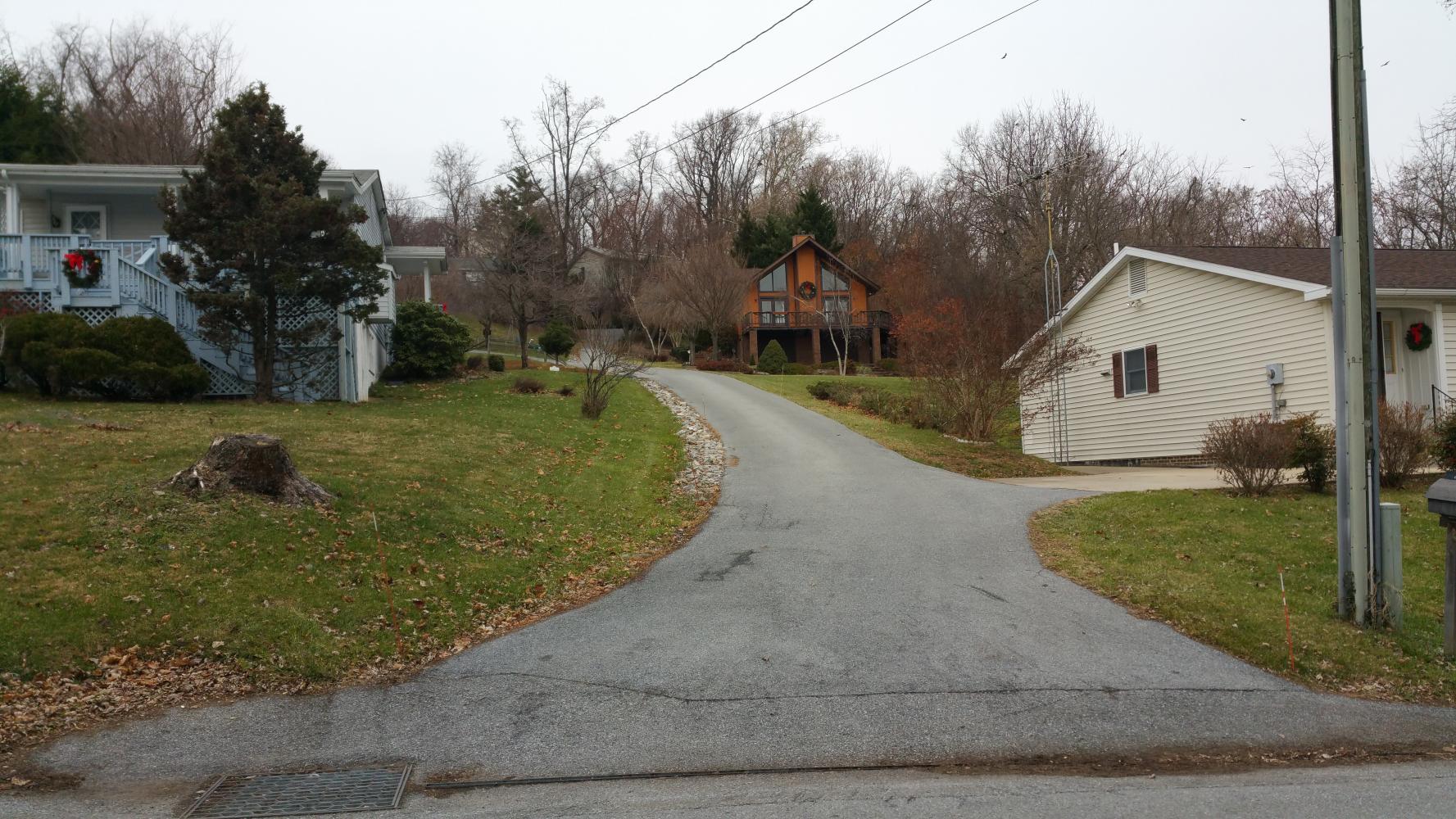 She can walk a bit, but for the most part is still on crutches. We decided that she should not tread up an incline that the car could not. So she’s down there.

After putting Lain to sleep, I needed to let the dog out. While the dog was out, I decided I would throw some salt on the driveway. After taking care of the area immediately in front of the house, I decided to see if I could make any progress on this part: 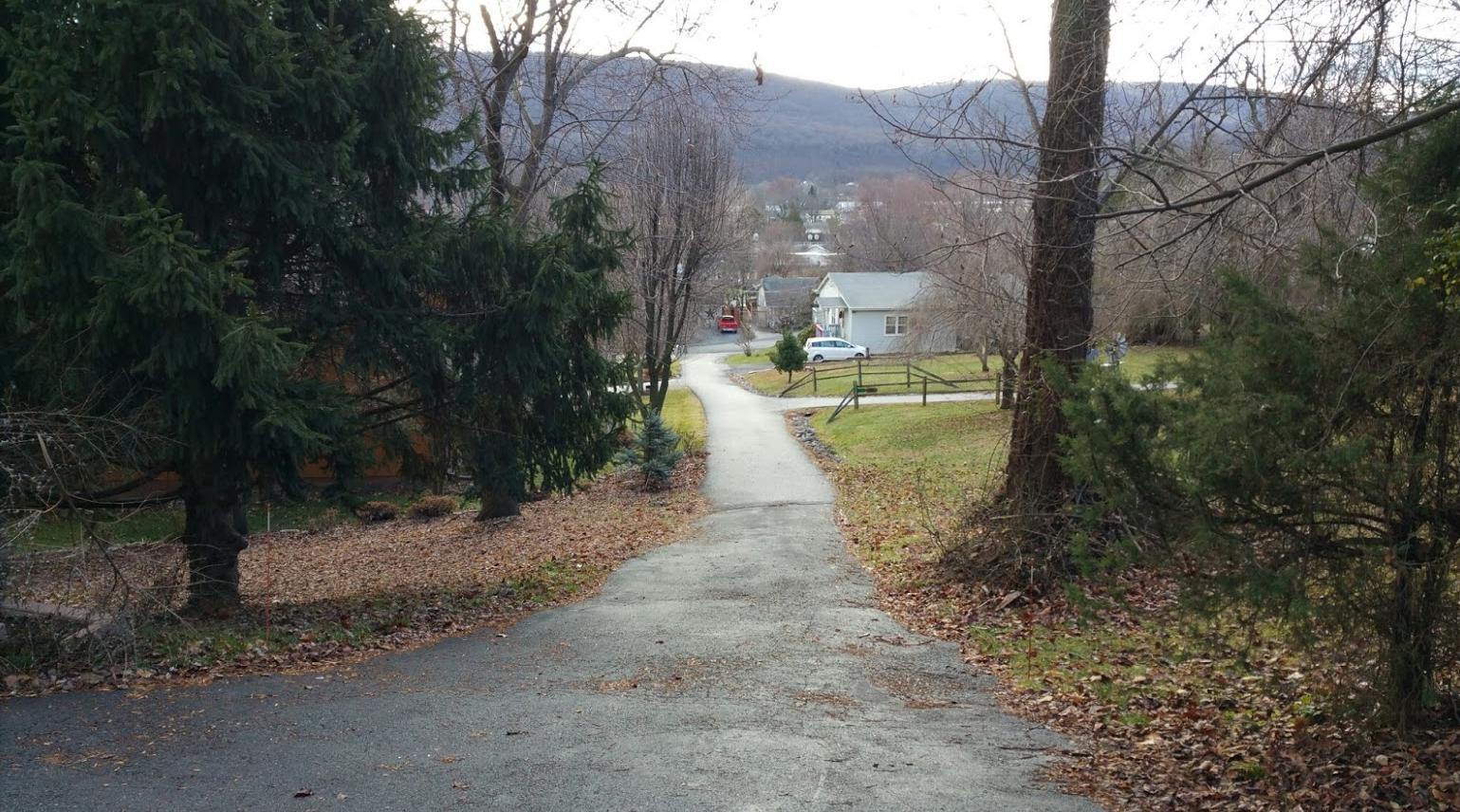 Given the level of ice, you might have some sort of idea what happened next. Sure enough, I lost my balance. No, wait, losing my balance isn’t quite right. What happened was that I started shifting. Surfing, as it were. Except without a board. And on ice and concrete instead of on water. Realizing what was happening, and that there was no stopping it, I decided that the best course of action was a controlled fall, and then laying flat on my back in case I got more traction and to make sure I wouldn’t lose my balance. 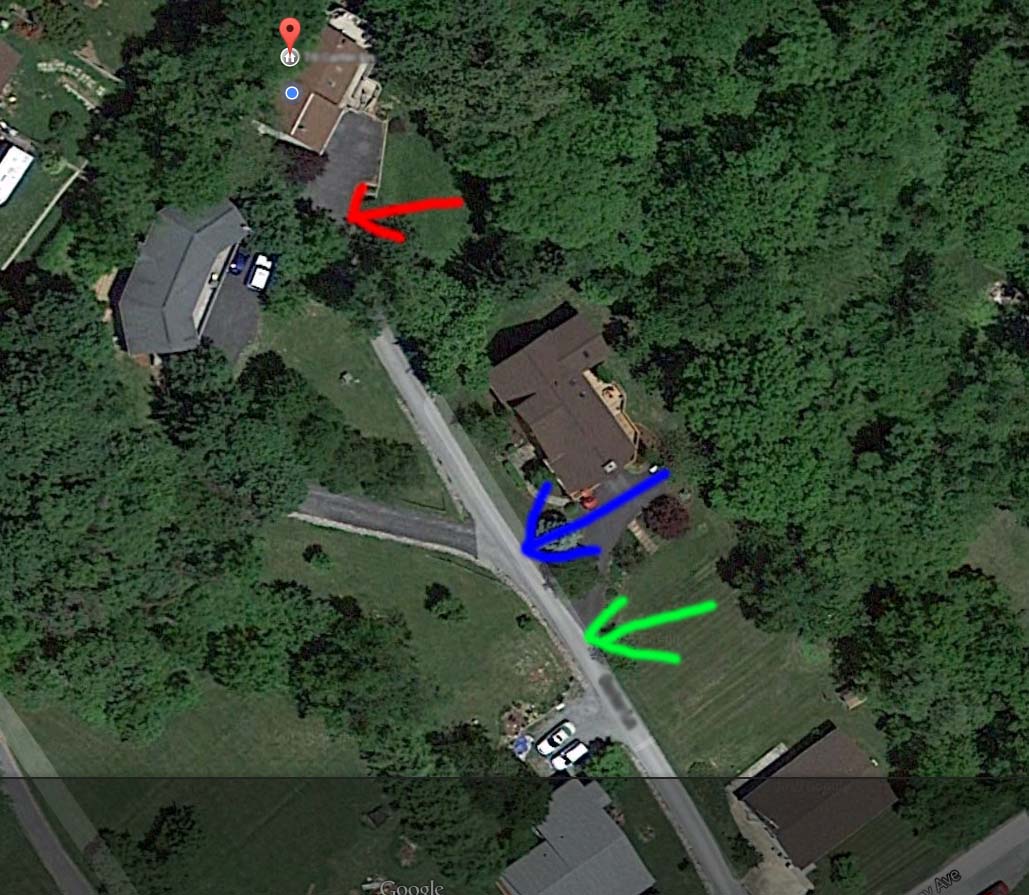 Above you see three arrows. The red arrow is was I was when I started. The blue arrow was where I ended up. The green arrow is where the incline was such that Clancy’s car couldn’t make it. In between the blue arrow and the green arrow is apparently a place sufficiently level and/or ice-free (I don’t remember, my mind being distracted by other things) that I didn’t slide all the way to the street below.

Here’s another view, a picture actually taken not far from where I ended up in fact: 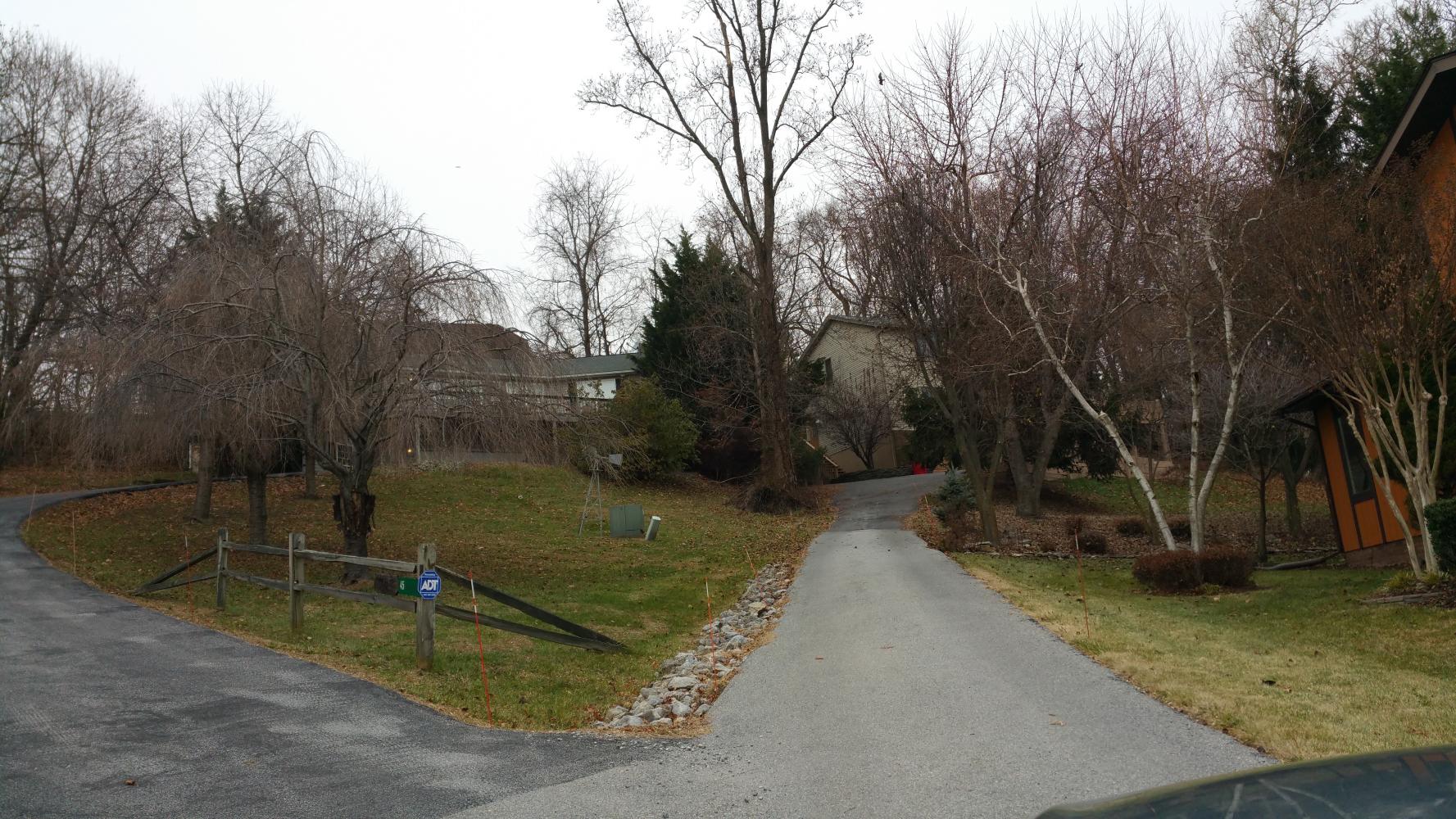 When my hands heal, I’ll probably think it’s funny. Under different circumstances, it might have actually been fun. When I was going down, it made me think of those waterslides that you lay on your back and slide down with a gush of water. Except, once again, ice instead of water. And a driveway instead of a tube.