[R1] Professor Tom Murphy (UCSD) argues that the oil boom has bought us a couple of decades to move away from oil, but there’s still reason to worry.

[R2] Daniel Gross looks at American Oil Production, and why it isn’t (yet) cratering like it should. Can it survive $10/oil?

[R3] For cleaner fuel burning, European utility companies are turning to wood. What could go wrong?

[R4] Paradoxically, we use fewer materials than ever to create things, but this is exacerbating material shortages.

[R5] How Dodd-Frank, or at least the efforts to combat mineral diamonds within, made things much worse.

[R6] From Mad Rocket Scientist: Obviously this new wave power system is technologically cool, but I also like it as a way to power seasteads. 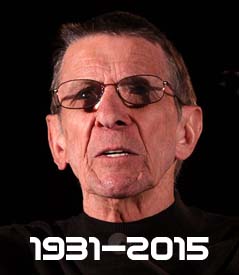 [C1] You might think of Batman as a superhero, but tell that to the ghost of Stephen Merrill, who was killed by an uppercut from this alleged hero. (It’s actually an article about obituaries requiring a cause of death, and so Merrill’s became that uppercut.)

[C3] Wendy Kaminar tried to have a discussion at Smith about freedom of speech. It ended up largely redacted in the transcript.

[C4] From Mad Rocket Scientist: Working to show that gun nuts are actually sane, for the most part.

[I1] From Mad Rocket Scientist: I don’t think this can be stressed hard enough: “And the fact that we have persisted for decades without solving these problems is partly because they’re very difficult, but partly because there are lots of people who want you to be secure against everyone but them.” Government, corporate, what have you, this is truth. You want security, you’ll have to do it yourself.

[I2] Internet speeds in the US are improving, but according to Keunwoo Lee, the ISP’s deserve little credit.

[I3] That time when Londoners volunteered to give up their first born for WiFi. (It’s actually a fascinating glance at WiFi security.)

[I4] Dave Majumdar makes the case for a space-based Internet Service (micro-satellite).

[I5] Michael Brendan Dougherty argues that the victory of the culture wars could be… Apple, Google, and Facebook.

[P1] Over a decade ago, John Judis co-wrote a book about the Emerging Democratic Majority, but now he says it was illusory and is talking of the Emerging Republican Advantage. {More in favor and against the new thesis.}

[P2] It’s outrageous when Big Money boasts of its ability to buy influence. On wait, they’re talking about immigration! Nevermind, then.

[P3] Between the smug superiority of the left and the know-nothingism of the right, Roberta X seems to have gone apolitical.

[P4] If you can name one of your state’s senators, you’re a step ahead of most millenials. 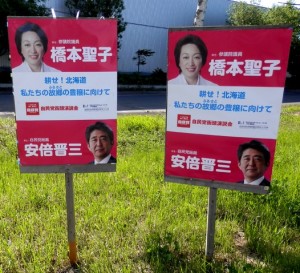 [J1] Sorry I missed this during the holiday, but apparently some single Japanese men were busy spending their Valentine’s week protesting Valentine’s Day.

[J2] Some of the proposed changes to the Japanese constitution seem disturbing. It would be helpful if they had more than one major political party.

[J3] I would love to take the advice of Joseph McCabe, and forego Disneyland in favor of a Hayao Miyzaki theme park.

[J4] In Japan, old people are in the way of young people getting good jobs.

[W1] From Mad Rocket Scientist: In this article on Siberian Sinkholes, the authors last comment, “So, to recap: Siberia is warming. Permafrost thaws and spews methane, and blasts out a burst of highly flammable gas. Who could have guessed global warming would do all of that?” Is pretty ignorant. I remember scientists talking about how Global Warming would thaw the permafrost and release massive amounts of methane decades ago. They didn’t know it might cause such explosions, but they knew the methane was there and locked under the permafrost.

[W2] From aaron david: Fridges of the world unite!

[W3] Sometimes, it isn’t easy being a small country.

[W4] Xavier Marquez looks at electoral parodies, which is to say when autocratic leaders scoff at the notion of democracy by pretending to engage in it.

[W5] What are some foreign misconceptions about the United States?