As hesitant as I am to link to her, I have no comparable item by someone else to link to. So… Megan McArdle gave the following Valentine’s Day advice to women who were waiting for their boyfriend’s to propose:

So here’s my message to those ladies: It’s time to let go. I know, I know — it feels catastrophic to think about ending a relationship that you’ve already invested several years in, when what you want most in the world is for that relationship to continue until one of you gets carried out feet first. But take it from me, it will feel even more catastrophic after you’ve invested several more years. If you’re in your 30s, both of you already pretty much know who you are. And after a couple of years, you also know whether this is someone you want to spend your life with. You’re not going to get any new information by sticking around — except “My God, I wasted five years on this man.”

As you may guess from the prior paragraph, I speak from personal experience. I invested almost four years in an almost-great relationship that ended with me, shattered and tear-stained, deciding to pick up and move to Washington. You can hear all about it in this NPR segment from a few months back, which they re-aired this morning. Or you can read about it in my book, where I delve into even more of the gory details and deftly weave it together with the sad saga of GM’s decline, which happened for much the same reasons that my failed relationship did.

“Seriously?” you’re asking. “Love is like … automobile manufacturing?” Well, no. But companies are composed of people. And people tend to make the same sort of mistakes over and over. This particular mistake is so common that economists have a name for it: the sunk cost fallacy.

I have myself been on the other side of that equation. Well, sort of. Most of my college years were spent dating Julia. The end result of over four years of dating was… heartbreak. The break up came tangentially over the question of marriage. It wasn’t quite of the cloth that McArdle refers to, but it dealt with similar issues of undercommitment and overcommitment. We’d been dating for over four years and it was time to enter the next phase. This was not the result of pressure on her part, but I did feel it was imminent. Dutifully, I started making plans to propose. And it was in the process of said preparations that I started feeling an grinding sense of dread. Which was odd, because as far as I knew I wasn’t unhappy. Why would I respond this way? It turned out that the answer was that even though I was happy, I was no longer emotionally committed. She, on the other hand, very much was. That much was evident. 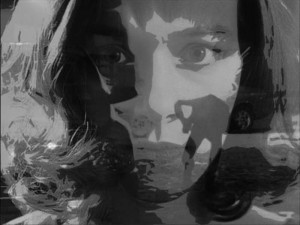 I didn’t quite get to pick when to pull the pin on the grenade. Julia had made a comment that all but demanded words of commitment that I simply couldn’t deliver. In retrospect, that she said what she said at all was demonstrative that she knew there was something wrong. An inadvertent admission of insecurity, which I could do nothing but verify the validity of. It didn’t end right then and there. She begged, pleaded, and sent our mutual friend Tony to try to talk me out of the insanity. Instead, Tony went back to her and reported that whether discussions were ongoing or not, the relationship was over. That was what she needed to accept it, and gave up.

It turned out to be a happier ending for her than for myself. I involved myself with someone who was everything that Julia wasn’t and in all of the wrong ways. Julia, on the other hand, was embarked on a relationship with Tony within a month.

Her relationship with Tony also lasted four years and it followed the map that McArdle lays out a little more closely. Whereas between Julia and myself, it was not realistic to expect me to propose after a couple of years (we were 20!), it was around that time when she started waiting for the wedding ring. They were cohabitating by that point, shared a dog, and his name was on her car’s lease. Tony was long getting over a divorce from his first wife and was disillusioned about the institution of marriage. Julia had nothing to do with that failed marriage, though, and in her mind was being penalized for it. Julia started pushing, he started pushing back. And everything fell apart when it became clear that he wasn’t going to marry her and she wasn’t going to be happy with that. he was ultimately the one who left, but only because he was the one who could see with clear eyes that the problems couldn’t be reconciled.

There are more stories I could tell, mostly following the same trajectory. My brother, my best friend from childhood. Years invested, and lost in that investment. Typically, he ends it either by walking away or doing something which all but forces her to do the same. Though I know the opposite is possible and am sure it does happen, the gender roles are actually pretty constant. To avoid reducing it to “him” and “her” I’ll go with OCP and UCP for overcommitted partner and undercommitted partner.

Sometimes, it’s precisely the Moment of Truth – the contemplation of marriage – wherein the distinction between levels of commitment start becoming more apparent. The UCP will often come up with excuses (to their partner, to themselves) for their hesitance. For my brother and I, it was about saving the money for a wedding ring. For Tony, it was about “the institution of marriage” (he was remarried – to his ex-wife, no less – within six months of his split with Julia). But as you contemplate it, and as the pressure increases, it can really grind away at you. In the comfort of a stable relationship, it can be easy to put it aside indefinitely until confronted with The Question (needing to ask it).

But once the asymmetrical commitment becomes apparent, if it’s not resolved quickly, I’m not sure I have ever seen it resolved in a happy manner. Or maybe I have, but only when it’s a very specific issue that needs to be confronted (such as whether to have children, or where to live) and the OCP bites the bullet. But it’s rare, and it’s fraught with peril. But the more that has been invested, the more difficult it can be to walk away. To admit failure. To absorb the sunk costs.

Which brings me to this next video:

Relationship DUI - are you sure you're in love?

In one sense, the video may come across as being on the opposite side as McArdle, if it’s tackling the same subject matter at all. The video advocates commitment-caution, whereas McArdle is talking about leaving due to insufficient commitment. Where the two tie together, though, is the degree of commitment prior to marriage. Taking on costs that, later, could be sunk. Erecting barriers to exit so that in the event that the relationship is not progressing as quickly as you need it to, you become reluctant to leave. Adding to the costs, both literal and opportunity. Sometimes money, always time.

It is often perceived that premarital cohabitation is a sensible intermediate step in between light courtship and marriage, but the statistics have never really bore that out. At best, controlling for as many factors as possible, it’s pretty much a wash. For every disastrous marriage averted by discovering the problems by living together or having a joint pet or joint bank account, there seems to be another case (or more than a case) of a couple who might have rightfully broken up but don’t because they’ve slid into the lock. Cohabitation seems to work not when it is used as a filter to marriage, but when it is between a couple that has already decided to get married and/or otherwise meet the criteria for a successful marriage (not too young, upbringing, etc.) And that doesn’t really account for cases like Julia and Tony, where perhaps divorce was averted but a significant amount of time was lost.

Every couple is different, of course. As the video points out, however, we can often back into commitments we don’t realize we’re making, or thinking that we’re making prudently because it’s Still Not Marriage. It’s an inconsistent caution.

Apart from the religious aspects, the legal aspects, and the romantic aspects, the crucial role I believe that marriage can play in our lives is forcing a degree of honesty about what our intentions are. Honesty with others, and honesty with ourselves. “Will you marry me?” may sound more romantic than “Are you willing to enter a formal entanglement that will make separation more difficult?” But the question is there whether we consciously dive in with a ring and an answer, or whether we go into the pool one step at a time until we are just about as wet.

Marriage or no marriage, it’s extremely important to recognize what, specifically, you are after in a relationship. If it’s just to have fun and bide your time until later in life when you’re ready to get married, that’s cool. But if it’s marriage you have in mind, or it’s marriage that your partner has in mind, it’s quite important in my view to keep your eye on the ball. To be able to ask yourself, and them, if it’s not happening why it is not happening. In terms of commitment, there’s no substitute for marriage. And in its unwelcome absence, that empty space should be scrutinized.