Debate between Bird and Fish

[Note: The translated “Debate between Bird and Fish” can be read here. This is the first “Blogging the Canon” post on Bronze Age literature and mythology.]

When James Joyce decided to depict the span of human history as a pun-laden dream in Finnegans Wake, he began with the words “riverrun, past Eve and Adam’s, from swerve of shore to bend of bay…” 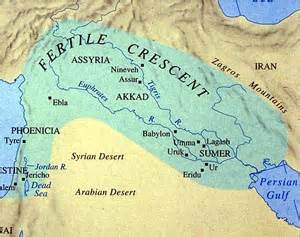 This was meaningful. Civilization begins by the riverside. The Nile gave birth to Egypt, the Indus to the Harappan Civilization, and the Tigris and Euphrates to Mesopotamia. Control of rivers through canals and irrigation fostered political power. The rivers shaped how people conceptualized the world and their place in it. One argument, a bit overstated to be sure, holds that the regular and reliable flooding of the Nile fostered a more optimistic view of human destiny than that which was held in the cradle of the unpredictable Tigris and Euphrates, where writing’s on man’s fate tend to be bleaker and more dreary. The Epic of Gilgamesh, for instance, is a powerful cri de coeur about the injustice of death.

Yet, there’s a humorous side to the pessimism as well; at least, I find the Debate between Bird and Fish to be like something out of Monty Python. One of at least seven known “debates” from ancient Sumerian literature that dealt with the natural world and man’s place within it, the debate gives some credence to the notion that Mesopotamians saw the natural world as conflict-driven and threatening. Mostly, though, it’s a weirdly funny take on the resentments birds and fish have towards one another.

At first, the gods An and Enlil set the laws of Heaven and Earth, while Enki set the destinies of all living things, allotting their living spaces. Fish were given the pools of the lagoons and marshes, while Birds lay their eggs in the reeds of the marshland. Unfortunately, Bird frightened Fish in the process, made noise, and sometimes swiped Fish’s young, and Fish responded with great anger, crying: “Croaking, …… noise in the marshes …… squawking! Forever gobbling away greedily, while your heart is dripping with evil! Standing on the plain, you can keep pecking away until they chase you off! The farmer’s sons lay lines and nets for you in the furrows. The gardener sets up nets against you in gardens and orchards. He cannot rest his arm from firing his sling; he cannot sit down because of you.” Bird befouls everything with its droppings, frightens people with noise, and is generally a nuisance. 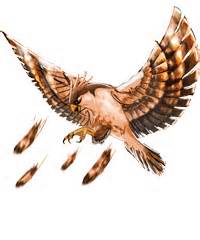 And there is something uncanny and menacing about birds. In mythology, they’re often tricksters or oracles, or supernatural ravagers. One of Hercules’s labors was ridding the area of Lake Stymphalis of the horrifying, flesh-eating birds thus called the stympahalides that were terrorizing the region. Prometheus is tormented by Zeus for stealing fire by having his liver eaten each night by an eagle. The phoenix rises from death to be reborn and live again, and rural people were all familiar with birds of prey that live off dead flesh. The Sumerians themselves had Anzu, a lion-eagle hybrid who Enlil hunted down for stealing the Tablet of Destinies. Even in our less mythical times, there’s something about birds that seems quietly evil and untameable. It’s madness that people own them for pets!

Fish seem to come off a bit better in mythology, particularly in Chinese, where the word for fish, yu, sounds like the word for abundance. Irish mythology has stories about the elusive Salmon of Knowledge (not a bad band name either). In female form, there are nereids and mermaids that live with the fish. Alas, Bird does not see the sacred side of Fish and responds by mockery and bullying: “you cannot see behind you. You are bereft of hips, as also of arms, hands and feet — try bending your neck to your feet! Your smell is awful; you make people throw up, they sneer at you! No trough would hold the kind of prepared food you eat. He who has carried you dare not let his hand touch his skin! In the great marshes and the wide lagoons, I am your persecuting demon.” Bird tells Fish to expect further tormenting and does not exhibit any excess of humility declaring, “I am the beautiful and clever Bird!” Bird is sort of a dick. 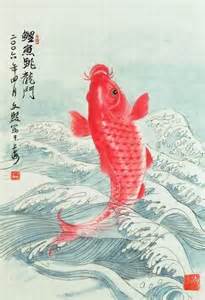 Fish responds by smashing Bird’s nest and eggs and Fish swoops down and plucks Fish’s young from the water, screaming “In your stupidity you caused devastation; you have spattered your hands with blood! Your arrogant heart will destroy itself by its own deeds! But I am Bird, flying in the heavens and walking on the earth.” They fight furiously.

They take their conflict to the legendary King Culgi to see which of them is preeminent. We know his decision, but there are breaks in the text and we do not know quite why the King finds in favor of Bird, although he does find the singing pleasant. His decision makes a sort of sense though, of which the writer may or may not have been aware. There is a steady, almost unconscious evolution in human life and thought from the primordial chaos of the water- the Enuma Elis calls the original chaos at the beginning of the world “the mingling of the waters”- to the primacy of land and earth-cult paganism, and from that to the eventual supremacy of thought and sky-cult. Bird has feet in the earth and soars in the sky and is thus semi-divine. Fish comes first and is closer to the beginning of things, but Bird is a higher form.

If only Bird wasn’t such a dick about it.

[Up next: Probably the Enuma Elish.]