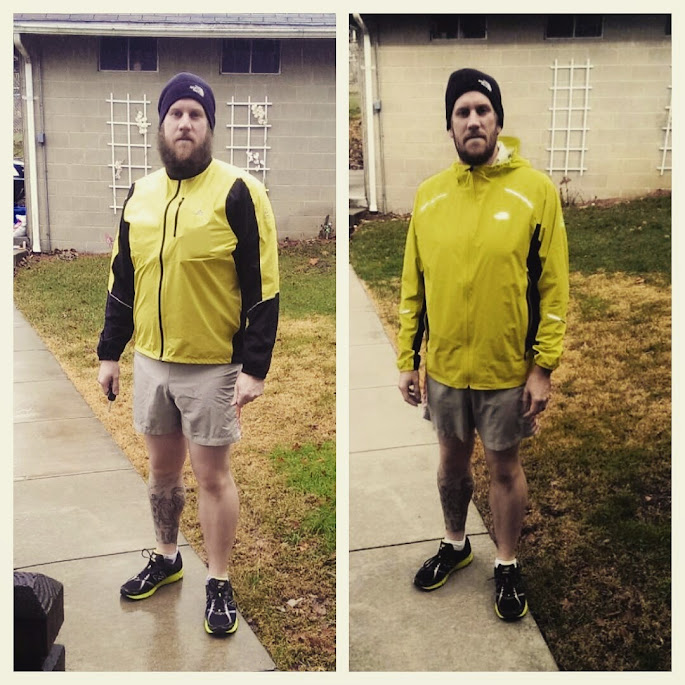 It’s Me In The North Face Stormy Trail Jacket. I’m Not Much Of A Model

My Qualifications: I find it very difficult to evaluate my running. On the one hand, I’ve run for more than 600 miles since the end of July, including netting personal bests in the 5k (23:08) and half-marathon (1:59:23). I’ve run on 137 of the last 163 days. On the other, there are plenty of runners who have done more. I’ll leave it up to readers whether this represents a substantive enough amount of running to appropriately evaluate running equipment. It is also worth noting that this is the second North Face Stormy Trail jacket that I’ve owned. If you look closely at the two photographs, you’ll see that the first jacket isn’t the same as the second. The first one is from the beginning of 2014. The second jacket is from the end of 2014. We’ll get into that. 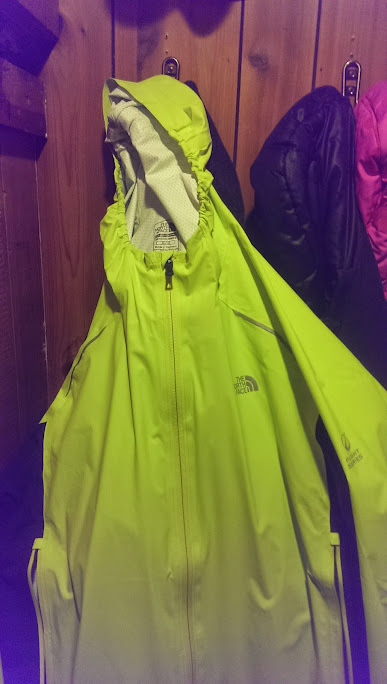 Here It Is Hanging Up In My Laundry Room. I Should Take Better Photographs Maybe.

Important Factual Information: The North Face has always struck me as a very serious company that focuses on making very serious products for very serious people. Maybe this isn’t true. Maybe this is unfair. Still, The North Face makes outdoor stuff including jackets, hats, pants, backpacks, tents, and luggage. And all of it is very expensive. But cost isn’t quality, although it is easy to understand why that mistake can often be made. There has to be something that makes one thing cost more than another, and if you’re purchasing The North Face’s Stormy Trail jacket, you will be paying more for a waterproof/windproof jacket than you’ll be paying from other companies, particularly ones whose business is running. New Balance’s is $125. Saucony’s is $110. Brooks’s is $90. The North Face’s costs a staggering $165. Keep that number in mind.

Testing: There’s really only one way to test a running jacket, and that’s to run in it. So I’ve done that relentlessly since getting my jacket, taking it out 17 times in December for a total of 100 miles. I’ve run in temperatures that have dipped into the 20s. I’ve run in the mist. I’ve run in the warm. I’ve worn it every day.

There is much good to report. It has venting on its sides that can be kept zipped to promote warmth or unzipped to promote circulation – this works wonderfully. It zips to just under the neck, but the XL version that I’ve been wearing leaves enough room for useful things like a human’s chin. The hood is similarly proportioned to account for my quite-large head. And in a bit that my wife seems to truly love, at least for the time being, its high-visibility color has worked so well that I haven’t even been hit once by a car.

But there is one condition I haven’t yet had the opportunity to test it in: rain. This matters quite a bit because one of the primary reasons to own this jacket is its alleged waterproofing. As I said earlier, I’ve owned two versions of this jacket, the one that I purchased (on deep discount) at the beginning of 2014, and the one that The North Face sent me after the first one’s waterproofing failed in catastrophic fashion, with a mild rain completely overwhelming the jacket while I was out in it. I called The North Face who encouraged me to send them that jacket for evaluation, something it promised it could do in six-to-eight weeks. So I sent it to them and waited for six-to-eight weeks, and when that time went by and I had heard nothing – despite having attempted to contact the company via the email I was told to use for such inquiries – I casually asked on Twitter if The North Face was a secretly bad company. At which point, the company immediately set about sending me a replacement jacket after acknowledging that evaluation had revealed the jacket’s total failure. Needless to say, I’ve been skittish about taking the new one out in the rain, a not unreasonable fear as far as I am concerned. 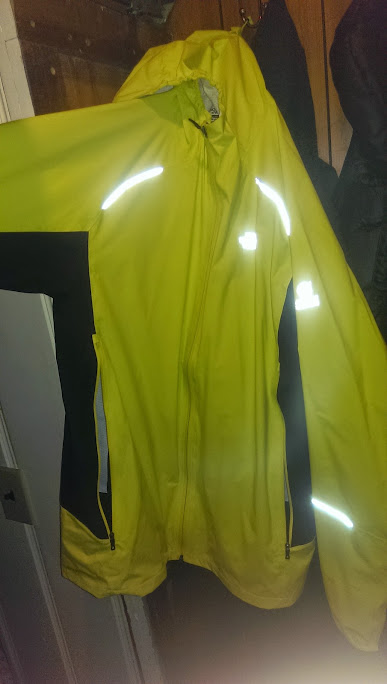 Conclusion: That fear is the problem with this thing. Has the new The North Face Stormy Trail jacket been good? Yes. But I only know that though because the first one failed to do the thing that was its very reason for existence. And because the rain filled up that jacket’s secure pocket ended up ruining my mp3. And because I followed the company’s guidelines for return and replacement and then heard nothing until prodding the company publicly.

If this thing wasn’t $50 (and more) than what running companies are charging for their waterproof and windproof running jackets, I’d recommend it. But at $165, it simply has to do something to justify that additional cost, and it doesn’t. I wouldn’t have paid full price for this thing and neither should you. Wait until it goes on sale somewhere and buy it then. And keep the company’s customer service information close at hand.