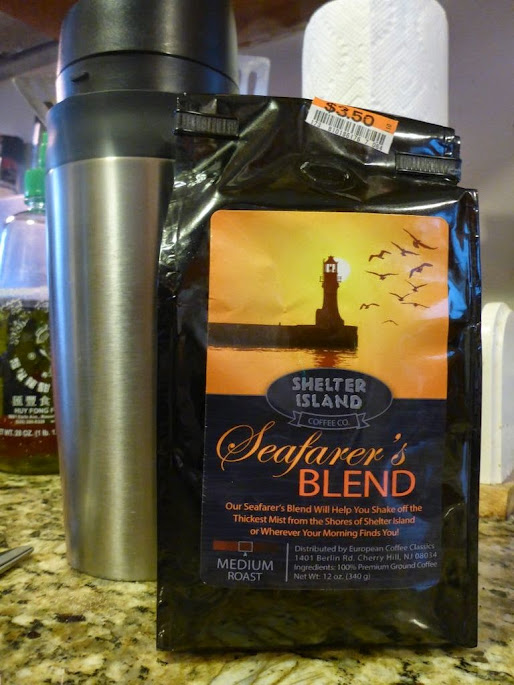 My Qualifications: When I was 30, I decided that it was time to start drinking coffee. I reasoned that drinking coffee is a thing that adults do, and after two kids, a marriage, and a mortgage, I figured the inevitable was upon me. So I undertook the long process of forcing myself to like coffee. I will admit that things started badly. One can only drink so many Extra Large coffee suicides from the gas station near your building before you really start to question whether there’s anything out there that’s worth drinking. But there is! I was eventually able to overcome my own objections and now I can proudly say that I’m well on my way to becoming an annoying coffee person!

I’m not all the way there yet. Still, I only drink it black. I prefer my best coffee to come from a French Press, although I also literally drink it from anywhere else, including the pot they have at bars I very rarely find myself in. I’m a huge fan of pourover coffee, although I’ve only had it a few times, mostly owing to the fact that the closest place I can get it is 90 miles away. I’m willing to give anything a go, and considering how expensive good coffee can get, I’m especially interested in value for my money. Maybe “Seafarer’s Blend” will be that.

Important Factual Information: A very fun fact about the Shelter Island Coffee Co. is that it doesn’t seem to exist. It’s just a name, but apparently not one popular enough to get Google’s attention, which is weird, as Google is usually quite good at finding stuff. This information is this slightly concerning. Also concerning is that the company attached to this particular bag of coffee – the blandly named European Coffee Classics – doesn’t seem to exist either. Even a casual search points users toward a larger company called Melitta. Melitta seems like a real outfit, but makes no mention of a Shelter Island Coffee Co. or a Seafarer’s Blend on its website. Or, for that matter, a European Coffee Classics.

Perhaps I should have been nervous after getting this bag of coffee for $3.50 from Big Lots. Most of the coffee that I’ve tried and then enjoyed rarely came so cheap. Very occasionally, I think I’ve probably paid more for a single cup of coffee. Of course, I’ve also paid considerably less and still had a perfectly enjoyable experience. What I’m trying to say is that I’ve either gotten a great deal or I’ve made a terrible mistake.

Testing: I gave the making of this coffee my very best effort. I used my beloved French Press, first getting the water to just shy of boiling, then pouring it over four-ish healthy tablespoons of ground coffee. I gave it a vigorous stir, let it sit for four minutes, then plunged the grounds. Time for the tasting:

What seems to have happened here is that I’ve made a terrible mistake in thinking that a suspiciously labeled coffee made by a company that doesn’t seem to actually exist might be ingestable. The team at European Coffee Classics pretty obviously swept up Melitta’s leftovers – and by this, I mean the leftovers from the company’s woodshop – and then blended that sawdust with a zombie’s foot, slapped a “Seafarer’s Blend” label on it, and passed it off on an unwitting public (me).

On the one hand, I get it. Why let those woodshavings go to waste, especially if somebody is out there willing to buy it? On the other hand, I do have to stress that I wouldn’t recommend using this coffee for drinking. Cleaning paintbrushes? Yes. Cleaning corrosion off of car batteries? Absolutely. But for consumption? No.

Conclusions: A cup of cheap bad coffee isn’t reason enough to give up on coffee generally or cheap coffee specifically. If anything I am encouraged to continue my search for a good cheap fix. And yes, I realize that looks like an addict talking. What can I say? I’ve given up a lot of things that I love. Caffeine is just about all that I’ve got left. Although now I’ve got just a little bit less of it left, as Seafarer’s Blend is now firmly crossed off of the list.