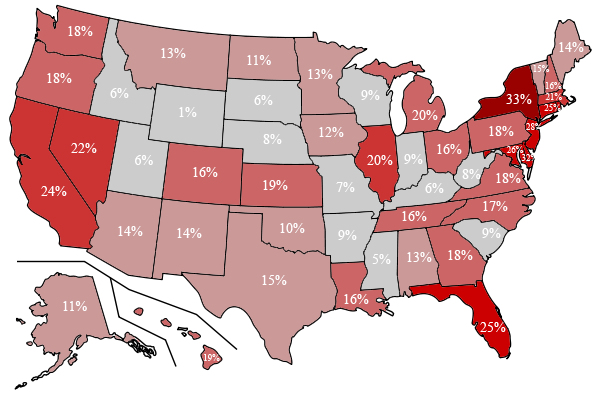 Before Mike Dwyer wrote the post on abortion he did not intend to write, I had one thought out that I intended to write but had not wrote. This isn’t the first time this has happened. I need faster turnaround time. However, the above map was used for a Monday Trivia post, but was designed in good part out of curiosity.

The above is a map based on the percentage of pregnancies ending in termination within each state. It is not looking specifically at teen pregnancies or unintended ones or whatnot. Here is what I take from the map: