Well, $0.04. Mrs. TVD & I [she’s an actress, a musician and an all-around aesthete] think of it like competitive diving–degree of difficulty times excellence of execution. Anybody can do a cannonball, or take a dump and call it art. But this does not rate highly, even if perfectly executed.

There are many other factors in this art thing of course, such as originality [versus derivativeness], or the more subjective question of just what emotions/aesthetics the artist is attempting to touch. These count in “degree of difficulty” as well. Some “art” aims no higher than a snarky giggle. This does not rate high either, even when exquisite.

One can choose the simple, mind you. But Picasso’s

is praiseworthy first and foremost because Picasso chose to do this: it wasn’t the refrigerator art of your kid or some primitive who could do nowt else. The “art” of those who have little in the way of technical skills, who get by on cleverness—say a Piss Christ, which could have been done by most any idiot with an attitude—is not necessarily invalid, but doesn’t really rate because of its low degree of difficulty.

And neither could the committed subjectivist—“it’s all in the eye of the beholder”—maintain with a straight face that this, as exquisite and perfect as it is in its modest aspiration, is quite the equal of 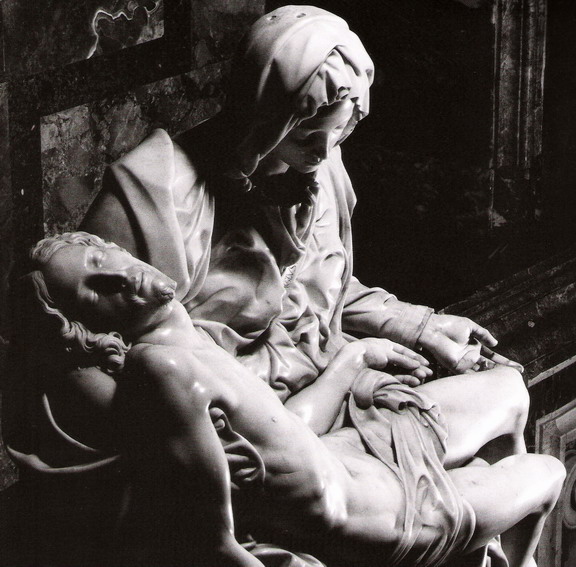 Which is OK. There’s a place for both a Charles M. Schulz and a Michelangelo Buonarroti, for the adolescent hormonal tickle of a Lady Gaga dance cut and the bowel-curdling pagan angst of a Wagner song cycle.

But to put them all into the same undifferentiated soup of “art” is to lose all discernment, to lose all sense of proportion and perspective, and worst of all, to confuse cleverness with genius, the facile for the profound. Genius is a word to be used sparingly, for if everything is equally special, nothing really is.