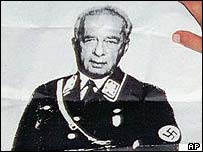 I noted, the other week, the concern with a politicized authenticity in the right’s New Elite rhetoric.  Israel—maybe I should rather say Zionism; I’m not certain, but you hopefully get the point—has a political authenticity problem of its own.  It manifests itself in rhetoric, but the problem, I’m willing to venture, is also a matter of practice.  Whatever the case, it is more severe than any implications one can draw from an ill-conceived Charles Murray op-ed.

The problem is this: to a certain degree, there is no longer a consensus of what it means to be an authentic Zionist, friend or supporter of Israel, or a patriotic Israeli.  Consensus on the meaning and purpose of the Jewish state is likewise deteriorating.  Without consensus—or even with merely shrinking common ground—on these key concepts, Israel’s ability to ensure its own survival, physical and moral, over the coming decades is threatened.

A significant chunk of my observations are drawn from the rhetoric of a single evening, the question and answer session at a talk on the transition from Arab nationalism to Islamic radicalism (we can argue about that topic elsewhere)—so take it with the appropriate amount of anecdotal salt.  The reason for this is simple: it was while listening to this back and forth that I realized two Israels and two Zionisms were being discussed.  Still, there also remains a significant amount of supporting, supplementary evidence.

The speaker was a left-leaning Israeli academic and the audience was, for the most part, to my right, religiously and politically.  The confrontation between the Israeli religious right and old-style, Labour Party Zionism is old news.  He was an adherent to Ben Gurion’s Jewish democracy without Biblical borders and worried that the West Bank and Gaza are undermining Israel’s international and moral legitimacy; the audience couldn’t have cared less about international legitimacy or democracy: only a divine mandate for a Jewish state on all of Biblical Israel matters.  Of course they weren’t going to find common ground.  This was not shocking.

What did shock was their rhetoric: everything was anti-Zionist.  The two-state solution, the idea of secular Zionism they would probably deny Ben Gurion, etc. held, the use of academic rather than inflammatory terms when talking about Islamic radicalism, the use of the word “occupation” in reference to the West Bank and Gaza—even the phrase “the West Bank.”  (It’s Judea/Samaria, if you hadn’t heard.)  They claimed that Israel is only 20% secular when it is roughly 20% observant, implying that a secular political elite was holding back popular will.  Again, it was not that they disagreed with his positions and diction—but that they found them inherently and irreconcilably anti-Zionist.

Even serving in the Israeli military doesn’t protect one from charges of being unpatriotic.  A large and growing trend among Israeli 20-somethings is spending several years abroad after their military service before entering college.  New York City and, especially, India, are popular destinations.  A significant minority do not return to Israel, even if they were born there.  This statistic should be disturbing, whatever your preferred party: Labour, Kadima, Likud, YB, Shas.  The speaker was visibly shaken by it; the audience responded mockingly: “They don’t love Israel!” one shouted.  A woman: “It’s because they don’t teach them tanakh (Bible) or gemara (Talmud) in schools!”  The consensus was: if they leave, let them leave.  Enough people are immigrating still to keep the numbers steady; Americans immigration is more important than Israeli emigration.  The haredim in the room who nodded approvingly and joined in the chorus of accusations of lack of patriotism for soldiers had nothing to say of the haredi trend of refusing military service altogether.  Presumably, since they hold the correct political opinions, they are upstanding patriots.

What was revealed was a world of thought in which authentic patriotism and, more specifically, authentic Zionism, were defined by one’s political beliefs.  Incorrect political beliefs do not merely signal a lack of Zionism, but active anti-Zionism.*  (When the right uses the label “post-Zionist” this is, for all effective purposes, what they mean.)

This is a rhetorical trend that has been noticed outside of the North Side of Chicago.  The Jerusalem Report published, two weeks ago, an article on recent attempts of the Israeli far-right to have critics of the Lebanon and Gaza wars removed from positions at Israeli universities, for promoting “post-Zionist” and “anti-Israel” narratives.  Thirty-six percent of Israelis think that Arab-Israeli citizens should not have the right to vote.  The religious and nationalist far-right made significant gains in the most recent election.  Commentary calls Jewish-Americans who dare criticize Israeli policy “Israel haters” (and assumes that only liberals could do such a thing!) who are “distanced from Judaism’s larger core values.”  In other words, they’re anti-Zionists and very possibly self-hating Jews.  (David Mamet’s recent book on Antisemitism, The Wicked Son, explicitly links Jewish criticism of Israel with Jewish self-hatred.)

Rabbi Yitz Greenberg, an important Jewish academic and religious thinker, has argued for the distinction between two forms of history: political (“secular”) history, and eschatological (“religious”) history.  Man operates in the former, God in the latter.  Only the second can be correctly understood as teleological—but man should steer clear of that teleology, and operate in the (political) world in which he truly lives, working to improve it while realizing we cannot force the Messiah.  The Israeli far-right, both religious (openly) and secular-nationalist (through their actions) ignore this distinction.  They want, in essence, to immanetize the eschaton.

Yitzchak Rabin has now been dead for fifteen years.  I was in the second grade when it happened, and remember little—except for the tree I bought in his memory, and the fear in my family.  I could tell my parents were afraid because they didn’t seem to know how to explain what had happened; I could tell my grandfather was afraid because of his joking nervousness over the fact that Israelis were ready to trust this young, less experienced newcomer named Netanyahu.  And I was nervous because they were.  None of us, I now think, were nervous for exactly the right reasons—but how could we have been?  A Jew had just murdered a Jew for trying to make peace.  What were we supposed to make of it?

What I wish we had been able to see in time were the seeds of the rhetoric of authenticity—authentic Jewishness, Zionism, and Israel—that have begun to polarize the discussion of Israel’s future.  It was more unguardedly extreme then.  Rabin was shot by a Jew as a threat to Judaism.  The extreme far-right has disputed this narrative, but even if they are correct—even if, somehow, it was a government conspiracy led by a Shimon Peres who was little more than a cynical monster—this does not change the presence of rabbi outside Rabin’s home, invoking “death curses” in the weeks before his murder, or those openly calling him a threat to Jewish life, condemning him under the halakhic term of rodef, or pursuer—a legalism for one who is seen in the act of attempting to commit murder, and can therefore be stopped with deadly force if necessary.  As the far-right’s fliers from the time of the Oslo Accords (pictured above) asserted, Rabin was little more than a Nazi.

Let me make this clear: I love Israel deeply.  I think it’s survival is essential for Jewish survival.  I consider myself a Zionist.  But I cannot believe it is beyond criticism, or that the occupation is even a moral neutral; and I feel no connection with the Israel Shas or Yisrael Beiteinu would create.  And it pains me to have to write this—that pain is why I avoid writing about Israel.  But it has been fifteen years since Rabin was murdered for seeking peace, and things have only gotten worse since.

*I also believe there is a case that efforts to de-legitimize Israel by claiming it is an inherently/conceptually racist/superiorist state (or that Zionism is) are merely the mirror image of this phenomenon, and consider such rhetoric equally dishonest and equally threatening.